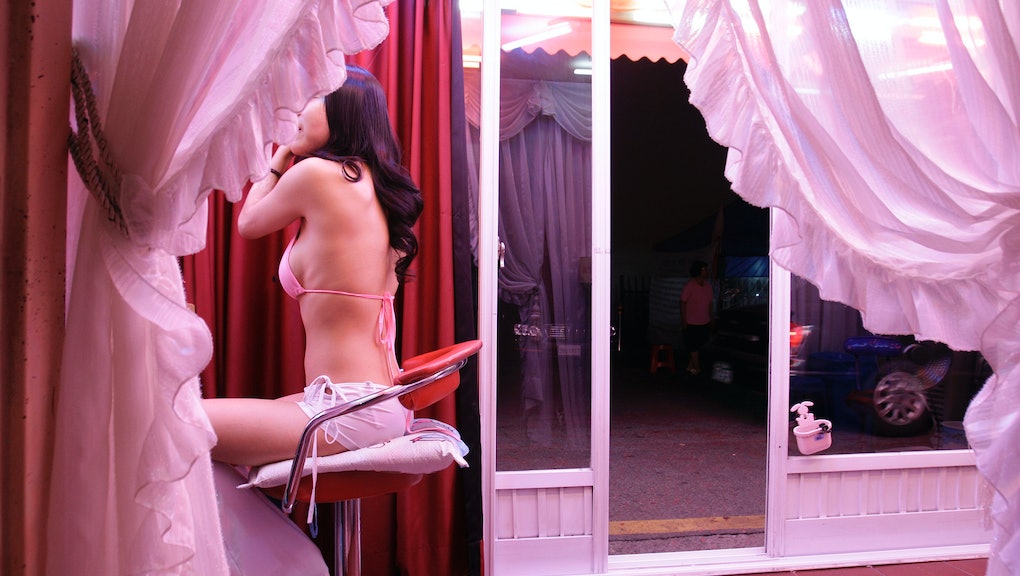 Sex work has been kind to her. There are no pimps on the Internet. Chanelle sets her own appointments, picks her own clients and can be as selective as she wants, provided she can afford to be choosey. Given her rate and her client traffic, that's almost always.

For an hour of her time, however it's spent, Chanelle charges $350, and the digits rise based on time or if her client wants her to spend the night. She's left her online profile vague. "I don't usually discuss sexual acts on the Internet for my own legality's sake," she told Mic over the phone. There are more personal ways to talk about the details of a date: "Usually I'll ask why they're interested in seeing me, or if there's anything I should bring."

But her job, her universe, is dictated by the men who control the online forums. So instead of one person controlling her client base, she's tethered to the opinions of unseen critics. She has to consider her online reputation every time she schedules a meeting. In this digital landscape, sex workers don't necessarily have the upper hand. A bad review from a frustrated client can directly affect a provider's quality of life.

Like burgers at a diner, the women are rated on a scale from 1 to 10.

Hobbyists, the men who hire escorts, rate providers based on appearance, performance, attitude and atmosphere. The quick synopses of a client's visit are completely public. The VIP section, accessible through pay or if a client writes a review of a provider, has a subsection called "The Juicy Details" — which, as Chanelle put it, is just free erotica "so that all these other hobbyists can jack off to it."

She went to college. She got into anarchist political organizing, played bass in bands and began studying herbal medicine. To make money and be her own boss, she started doing escort work four years ago, strictly using the Internet — not the street — to find and meet potential clients.

"Since sex workers can't be public about what they do, it makes review boards really dangerous."

Technology isn't new to the sex industry, but with the advent of social media, its role has changed. "Sex workers have been using technology for a long time in ways to protect their safety," Sienna Baskin, managing director of the Sex Workers Project of the Urban Justice Center, told Mic. "It gives them a buffer between themselves and potential clients, so it's not in itself a negative thing."

But for some, the costs of retaining anonymity on the Internet outweigh the benefits. Sex workers can't defend themselves when a reviewer decides to post something libelous. One reason? It could lead to prison time.

"Reviews have been used against sex workers in court to substantiate arrests," Baskin said. "It's very risky for sex workers to have their identities connected to their work online. It creates this one-sided platform that can also encourage abuse of the platform."

"Decriminalization would remove the penalties for sex work, both for workers and clients," Baskin said. "It would increase safety by increasing transparency and openness. Since sex workers can't be public about what they do, it makes review boards really dangerous."

The uncertain future: Having a tougher comment moderation system, or having the sites run by people besides reviewers themselves, could help the sex industry's problem. Sites like Project Purple, which sought to have sex workers, not their clients, control the activity, ultimately failed at turning the tables. But conversations for taking back the review standard persist.

Unfortunately, even if the standards don't change, Chanelle has to continue playing the game. "I wouldn't do this without the Internet," she said. "I think the Internet culture of sex work makes it so easy to get work and communicate with people and ensure your safety. If that hadn't been available to me, I wouldn't be as open to becoming what I am today."