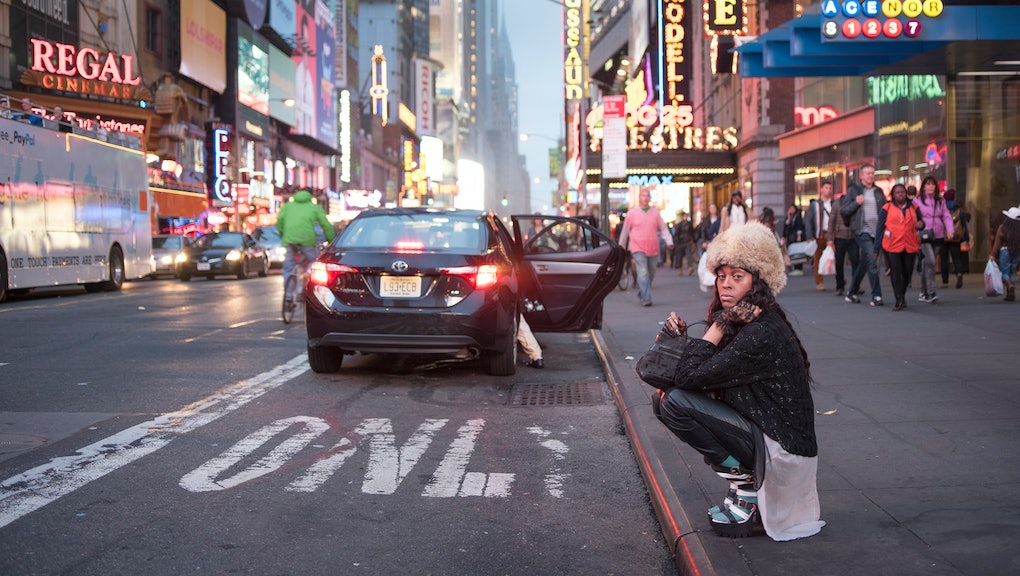 That's how much of the homeless youth population identifies as LGBT, even though less than 5% of the American population identifies as LGBT. With a new photo book, See Me: Picturing New York's Homeless Youth, photographer Alex Fradkin is putting a face to the issue in partnership with the Reciprocity Foundation, a center in New York City for homeless youth.

Fradkin told Mic he was immediately inspired by the young people affiliated with the organization. "Each student has a goal and many are well on their way to achieving it," he said. "In despite of a past of abandonment, [and] physical and sexual abuse, later exacerbated by an indifferent 'system' of very little state support, they are survivors — despite the odds that are stacked against them."

Fradkin isn't the only one taking note. Miley Cyrus announced last month the Happy Hippie Foundation, which aims to combat homelessness among LGBT youth; legendary songstress Cyndi Lauper's True Colors Fund initiative Forty to None works to end homeless in this population. Fradkin said he hopes See Me will push the conversation around homeless LGBT youth even further.

Fradkin said he hopes viewers "stop, look and truly see our homeless youth in the streets and all around us. Very importantly to be moved and really feel something. Then be motivated by a deep moral desire to do something. We are our best selves when we feel empathy and love for those who need our support the most — everyone wins."