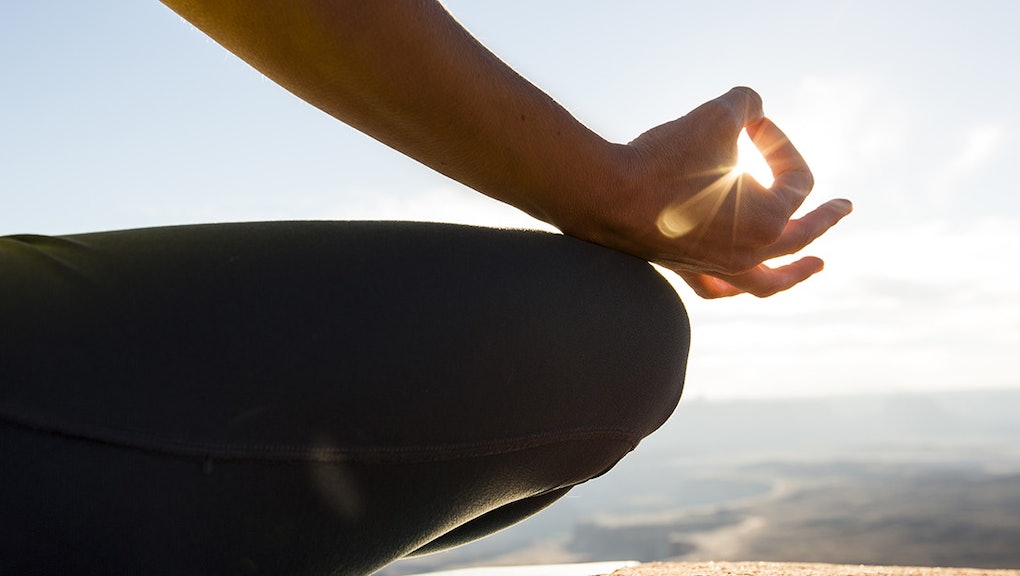 Science Shows What Meditation Really Does to Your Brain

Meditation, according to its spiritual gurus, is a universal panacea. Enthusiasts have long preached its benefits, which include its ability to lower anxiety, improve concentration, help treat those with HIV and even extend one's life expectancy.

While it's undeniable meditation contributes to a sense of inner peace, its physiological benefits remain less certain. That is, until a team of researchers confirmed them. What they uncovered is more than surprising.

"We found several brain regions that had changed," Sara Lazar, an associate research scientist at Massachusetts General Hospital, told Mic. Lazar conducted a major study on meditation in 2011 and was one of the earliest scientists to take a serious look at the practice, according to the Washington Post.

Some of the changes she saw took place in the posterior cingulate cortex, which helps control one's ability to focus on the task at hand, the left hippocampus, which helps in learning, cognition and memory and the temporo parietal junction, which helps manage empathy and compassion. Brain scans of people who meditate reveal they have more gray matter than non-meditators.

Meditation is like a super-vitamin for your brain. It targets and boosts the parts that are already strong, and improves their functionality to make them even stronger.

Lazar said when people began meditating, their amygdala got smaller. That is the area of the brain most closely associated with fear and aggression.

Of course, meditating is not a universal panacea, but there are distinctive benefits to the practice. "There is something more to meditation than just sitting," Lazar said.

Nationally, 50% of Americans report working more than 40 hours a week. Unsurprisingly, all the added time at the office has come amid shrinking vacation for employees as well. A 2013 study by the global forecasting agency Oxford Economics found workers have taken less vacation than at any time in four decades.

Given all the unique challenges faced today by young and old, anything safe that helps people chill out is worth a look. Given how easy meditation can be, it's something everyone should give serious consideration.