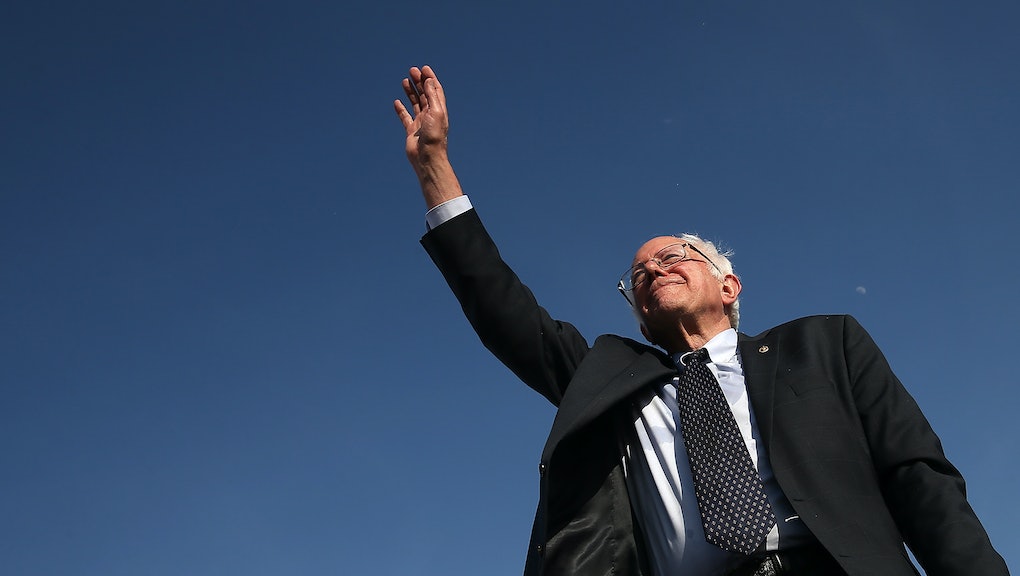 Newly minted presidential candidate Bernie Sanders has something of a reputation. He's purportedly a bit of a "loon," as Jon Stewart said on Thursday's installment of The Daily Show. His opponents want to paint him as positively insane; a man who would turn our country into a socialist hellscape.

But, as anyone who's heard his ideas about student debt, pay equality for women and expansion of social security knows, the man isn't a loon. He's got a lot of brilliant ideas, even if he doesn't always deliver them in the most polished way.

So why is he being called a "loon" this cycle? Is it that he's got socialist tendencies in a country that has always seen that word as a slur? Perhaps it's because of his dissimilarity to Hillary Clinton, a professional candidate who adjusts herself to her location and audience to be the most appealing version of herself.

Here is why Sanders is such a popular candidate among young voters: He's authentic. He's got a great story about holding onto his beliefs throughout his life. He's a feminist and a radical thinker. And he's honest about every bit of it.

Unfortunately, as Stewart says, "authenticity comes across as lunacy" in our world.

But in an age where social media is breaking down carefully crafted barriers between public figures and the public, seeing such transparency from a candidate is inspiring. Sanders shouldn't be relegated to the crazy bin. We should start accepting said authenticity with open ears. Even if it does come from an older, slightly unkempt man with wild ideas.