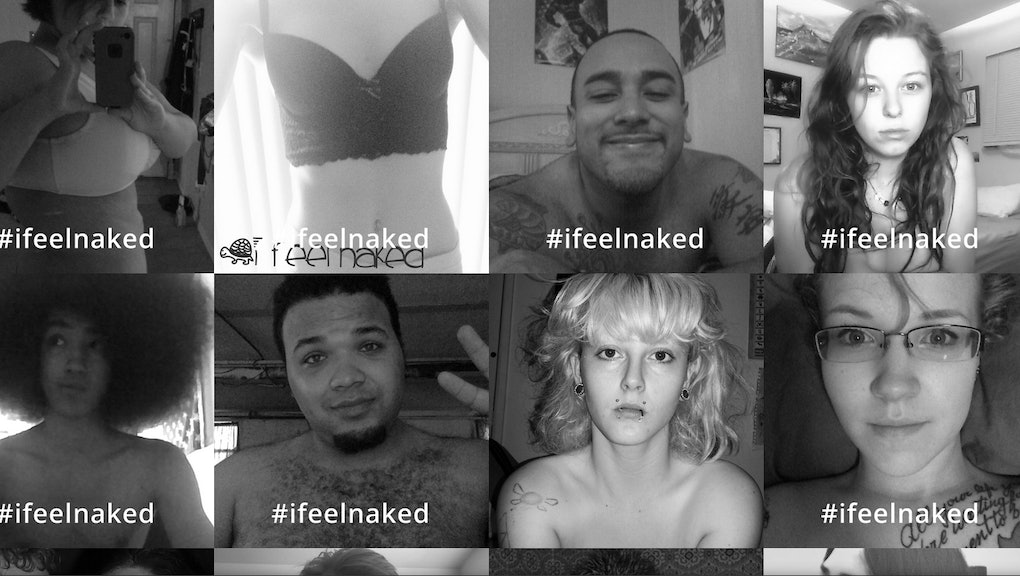 Meet the Naked Protesters Fighting the U.S. Government — One Full Frontal at a Time

On Monday, key provisions of the Patriot Act, a controversial bill that gives the federal government vast surveillance powers, are set to expire. A group of activists have found a way to keep Congress focused on this issue: turning off its Internet.

The program is called Blackout Congress, and its objective is to make sure that until Congress ends its mass surveillance laws, staffers are unable to access the websites they need.

The campaign website has a small piece of code that an owner of a website can add to its backend. When someone uses an IP address that identifies them as a Capitol Hill staffer, that piece of code redirects them to the Blackout Congress page, where they'll see this:

Fight for the Future, a grassroots Internet activist organization that's accustomed to stunts and blackouts (it ran one of the first online protests of the Stop Online Piracy Act in 2012), launched the campaign yesterday and has signed on 10,000 small websites. The group is hoping major Internet giants like Tumblr or Reddit join in.

Baring it all: Fight for the Future launched the campaign alongside another stunt, called #IFeelNaked, where activists post pictures of themselves naked to help people imagine National Security Agency surveillance as a digital "strip search."

"If the NSA was sending someone to follow us around with a camera, and they tried to follow us into our home, we'd be pissed off — we wouldn't tolerate it," Holmes Wilson, Fight for the Future cofounder and codirector, told Mic. "But the problem with NSA surveillance is that it's invisible. It's just as invasive, and it's happening all of the time, but people don't see it."

"The challenge with a lot of extremely important political important issues is taking them from the abstract to the concrete."

The problem with the package: The #IFeelNaked campaign takes a page out of John Oliver's book. Remember when Last Week Tonight did a uniquely scathing interview with Edward Snowden, and launched a miniature dick-pic insurgence?

Oliver, for all of his shtick, attacks a central problem of the fight for net neutrality and the end of pervasive government surveillance: the packaging problem. Like climate control and foreign conflict, issues like net neutrality can be esoteric and inaccessible. The best writing about the fight against surveillance is long-winded, and it can simply be difficult to get people to care deeply.

So these issues need to be given a real-life hook — something that makes people care immediately, and feel like these issues affect them personally.

"The challenge with a lot of extremely important political important issues is taking them from the abstract to the concrete," Wilson told Mic. "People are being violated, every day, all of the time, and it's happening at an enormous scale. What we need to do is help people understand how much it matters and work to change it."