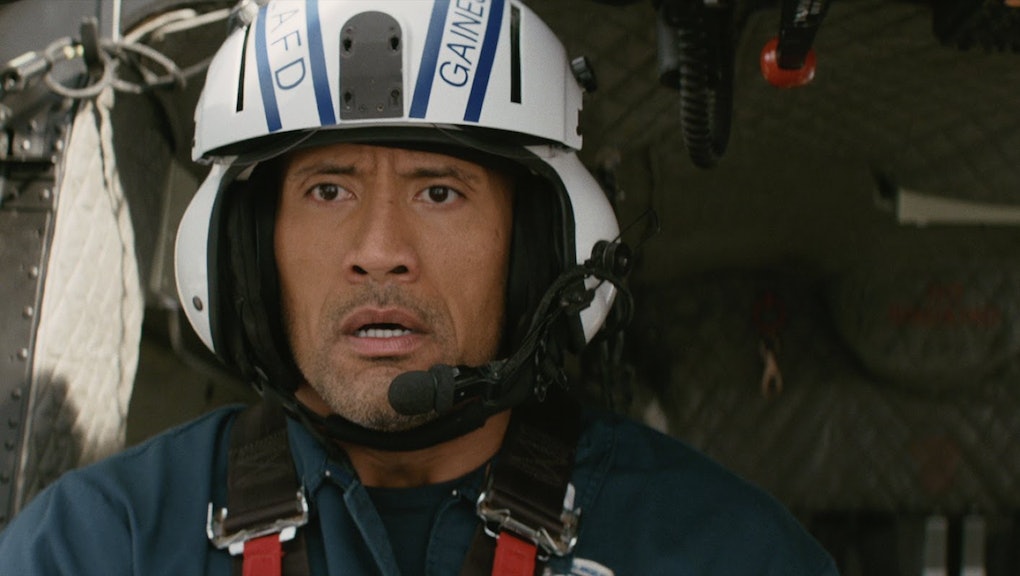 Is it time to retire the disaster movie?

San Andreas, Dwayne "The Rock" Johnson's overlong advertisement for earthquake safety, didn't exactly bomb at the box office this weekend. Predictions had it making around $40 million, so its actual total (just about $53 million) is pretty good. However, it's far less than the $65 million opening-weekend gross of the last dedicated (and successful) disaster movie, 2012.

2012 came out in 2009. The disaster movies in the past six years have either been hybrids, like the biblical epic Noah and monster movie Godzilla, or flops, like Into the Storm (didn't make back its budget) and Pompeii (lost dozens of millions of dollars).

These box office results could be more about the movies than the genre. San Andreas won over only 50% of critics, and even a massive movie star like Johnson can only do so much. He can score a solid opening weekend, but that number could have been twice as large in a more viable genre. Yet looking beyond individual films' performances, there's another reason why the disaster movie doesn't work in 2015 — and why it may be time to retire the genre for good.

At the end of the film's third trailer, a message appears: "Disaster can strike at any moment. Learn more. Help others. Be prepared." It includes the URL of a fairly sparse website set up by the distributing studio, Warner Bros., with links to the Red Cross and other earthquake preparedness sites. It feels a bit like lip service: The ad is asking you to come see a movie about catastrophe while also urging caution. Safety tips are good, but they're basically directly contrary to the purpose of a disaster movie.

There's little wonder why seismologist Lucy Jones had such problems with the movie: It's not meant to be accurate. That's never been the goal of a disaster movie. The audience isn't supposed to learn, they're supposed to be on the edge of their seats. The film's first and foremost purpose is to entertain by showing a world that is, in many ways, surreal.

However, we live in more socially conscious times. A disaster movie that didn't take the time to try to educate its audience would be seen as irresponsible. Dozens of articles would be written about "What San Andreas Gets Wrong About Earthquakes" — more than already have been written, that is. Tumblr would positively implode.

That's why the message appears at the end of the trailer, and why Warner Bros. set up the site. That also makes it very hard to appreciate the cool factor of San Andreas: It's too realistic for the newly plugged-in, socially conscious consumers of 2015.

San Andreas' horrific earthquake scenario hits too close to home to be an escapist fantasy and is too wrong on the facts to avoid criticism. The lip-service solution developed by the studio does little to fix the problem, either. It's the definition of a film neither having its cake or eating it. Perhaps the way forward for disaster movies is to move them in a less realistic direction — or, as mentioned, retire them completely. They won't all have someone like Johnson to boost their grosses, after all.

One thing is for sure: Johnson's next steps should be into a genre that will use his charisma and box office power to greater effect. Movies like San Andreas are just going to weigh his rising star down.