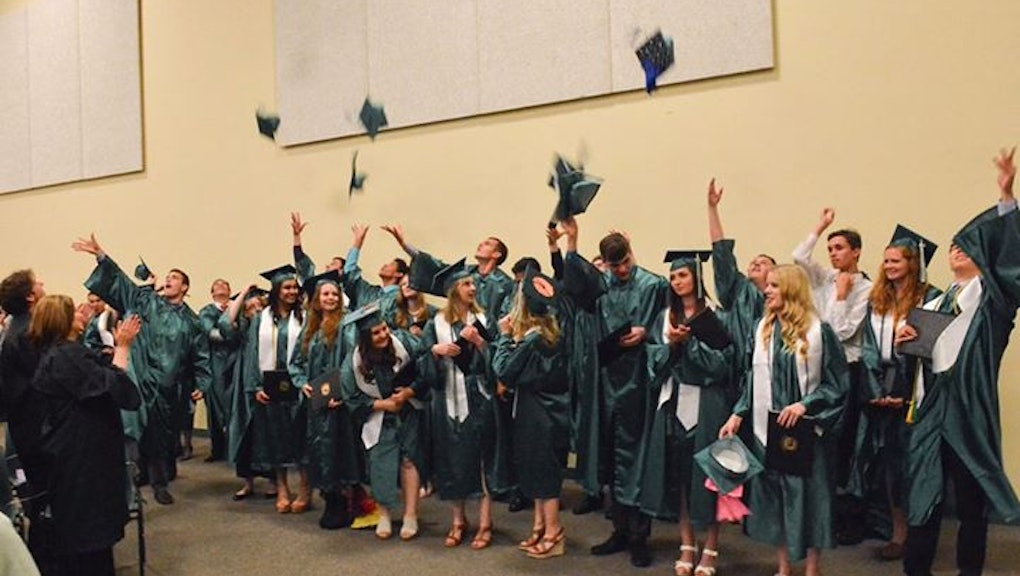 Evan Young is the kind of son everyone wishes they had. The 18-year-old star student of Twin Peaks Charter Academy High School in Longmont, Colorado, graduated at the top of his class with a 4.5 grade-point average and a scholarship to Rutgers University.

Young also happens to be gay, but when he planned to triumphantly tell his classmates during his graduation speech, it was too much for some administrators.

"One of my themes is that I was going to tell everyone my secrets," Young told the Denver Post. "Most of the things were stupid stuff — books I never read that I was supposed to, or homework I didn't like. But then I gradually worked up to serious secrets."

After refusing demands by principal BJ Buchmann to edit out the public disclosure, he forbid Young from speaking.

"My main theme is that you're supposed to be respectful of people, even if you don't agree with them. I figured my gayness would be a very good way to address that," Young said.

Buchmann also called Young's father to complain about the speech and in doing so allegedly outed the teenager to his father over the phone.

Neither Buchmann nor Young were available for comment; the school however, issued a statement, which read in part:

"A time for family and those closest to the students to celebrate success and express mutual wishes of gratitude and respect. It is not a time for a student to use his commencement speech to push his personal agenda on a captive audience, and school officials are well within their rights to prevent that from happening."

The incident highlights what will be the next and most difficult front in the fight for LGBT equality in America, changing minds and attitudes. While legal protections have progressed at a breathtaking pace, and marriage equality has now become codified in more than half the country, individual acts of bigotry remain all too common and painful.

This story should have been a triumph. Young, coming out to his classmates and family at his high school graduation, should have been about how his teachers, friends and family embraced his identity and offered their full support. Unfortunately, thanks to small minds who conflated his identity with a "personal agenda," that story didn't get written.