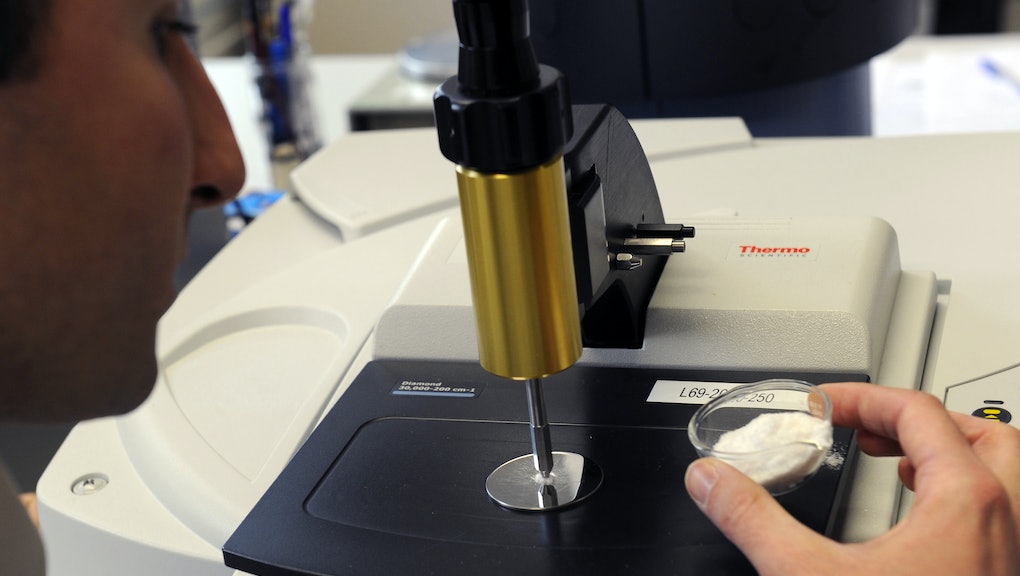 Scientists Think MDMA Might Have a Surprising Effect on Autism

People with autism encounter a variety of difficulties with social interaction, from communication challenges to social anxiety that can be quite severe. To deal with those symptoms, some have experimented with powerful psychoactive drugs — most commonly, the club drug MDMA.

A team of California researchers wants to know more, using widespread positive reports of Molly use among autistic individuals to propose one of the first clinical trials that would examine whether it actually works.

The background: In a proposal laid out in March in the journal Progress in Neuro-Psychopharmacology and Biological Psychiatry, researchers from the Los Angeles Biomedical Research Institute, the Harbor-UCLA Medical Center and Santa Cruz's Multidisciplinary Association for Psychedelic Studies argue that pure MDMA could prove useful as a treatment for social anxiety in autistic adults.

MDMA produces intense feelings of social interconnectedness and empathy, which the researchers think could ultimately help individuals with autism understand and overcome some of the social anxiety they might face while interacting with others. The research proposal cites "ample anecdotal evidence" from online discussion forums where autistic individuals have reported "descriptions of overall improvement in functioning, whereas other examples have described psychosocial healing and relief from symptoms such as anxiety and trauma. Another common theme reported is improved connectedness to others."

The relief is not physical; the MDMA isn't changing anything in the users' brains. Instead, the scientists theorize the drug is imparting a powerful psychological experience that could be harnessed for use in medication-assisted psychotherapy. They note many users report long-lasting relief of their anxiety, suggesting that MDMA could help replace daily regimens of other drugs.

Put simply, these widespread reports of self-medication could indicate MDMA is pretty good at relieving some of the symptoms of autism. Other MAPS-run research is investigating whether MDMA could also be used to treat veterans suffering from PTSD, allowing them to reconnect with the world and others in a positive way. Those club kids might have been on to something.

But isn't it dangerous? In one sense, yes — the scientists write that controlling set and setting is crucial to producing the intended results. People who self-medicate with MDMA could easily be setting themselves up for a bad experience. Furthermore, drug dealers regularly sell contaminated or cut versions of the drug, as well as sell other psychoactive substances as MDMA without informing their customers.

But the scientists argue that MDMA is much safer when it is taken in a medical setting as opposed to a recreational one, pointing out that as of November 2014 the drug had been given to "more than 1,133 research subjects." Out of all those tests, they could only find one report of a serious adverse effect — a single person who was hospitalized as a "cautionary measure" for abnormal heartbeat who recovered fully after the drug wore off.

Finally, whatever potential harms tightly controlled medical MDMA might bring have to be weighed against its potential benefits. Without studying it in the first place, we may never know.