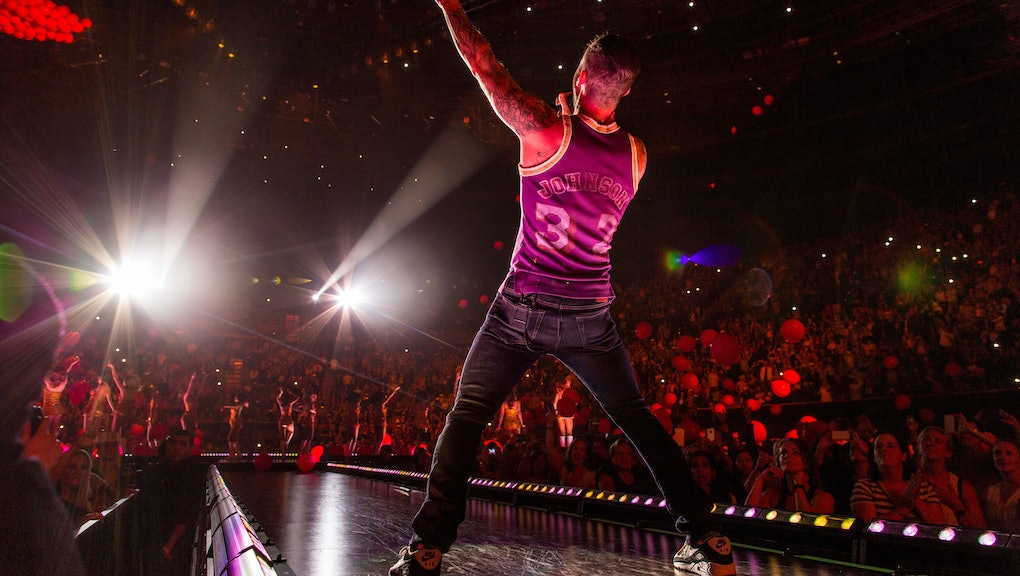 Add another jam to the running for song of the summer. On Saturday night, Maroon 5 surprised their fans with a music video for "This Summer's Gonna Hurt Like a Motherfucker." The track was a bonus song from their 2014 album V, and it's their latest single since their hit "Sugar" came out in January.

The band is on a roll with the singles they've released off V. In Taylor Swift 1989 fashion, single after single has spawned a massive hit. Maroon 5's previous singles off the album were "Maps," "Animals" and "Sugar," all three of which charted in the Top 10 of the Billboard 100 and spent a considerable amount of time there. If history is any indication, "Summer" is likely to do well for the band.

This is technically the second video for "Summer," as Maroon 5 released a lyric video for the song in mid-May. In the style of MTV's Ridiculousness, that video is a series of summertime fails set to music. But far from a fail, the latest single is a smart move for Maroon 5, who've now officially thrown their hats into the lucrative song-of-the-summer ring. Best of luck.