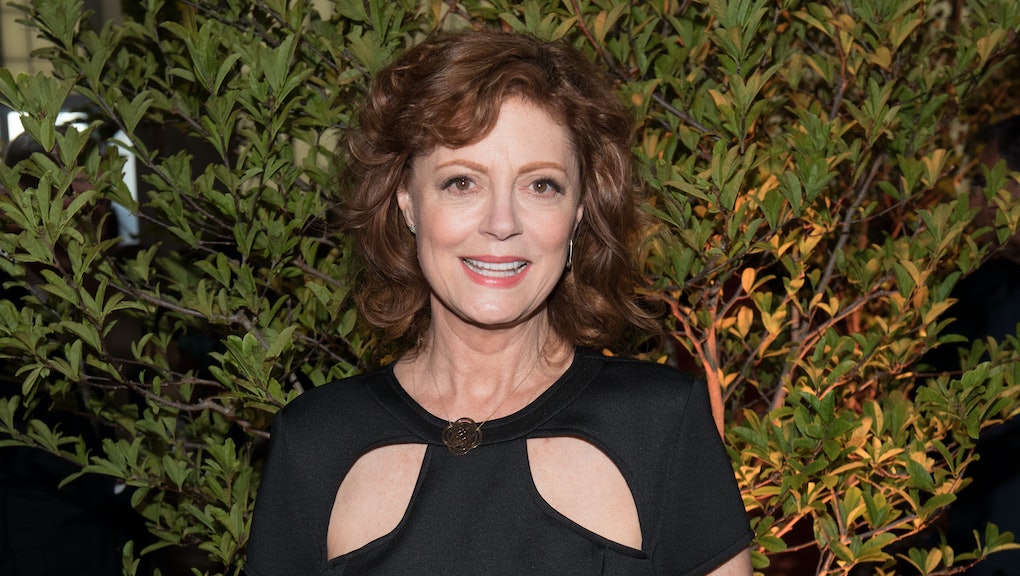 Thelma and Louise star and women's rights activist Susan Sarandon gave all her fans another reason to love her after getting into the weeds of America's debate over legalizing marijuana.

In an interview for the August edition of High Times, reported by the New York Post, Sarandon said she herself was a regular weed user, preferring the drug to alcohol as a way to relax.

"It's absurd that more states haven't legalized it," she told the magazine. "It's an important source of income ... You also see the reports on kids who have seizures that are prevented by medical marijuana. You see the relief it gives to vets. It's also a lovely way to socialize and be with people — and to be with yourself and de-stress."

Sarandon stated her belief that "the world would be a better place" if people embraced legal weed, and that she was astonished so few U.S. states had come around, given the well-documented health benefits.

"It's really important, because technology has made everybody multitask: We get so distracted and so crazy... Smoking helps you to connect again — to be present and conscious," she told the magazine.

Sarandon's open advocacy joins a growing chorus of celebrities and politicians who are embracing legal marijuana in some form. In an interview with the Daily Beast, Morgan Freeman opened up about his own use to treat fibromyalgia, saying he would "eat it, drink it, smoke it" and "snort it." In Washington, a bipartisan group of senators introduced a bill in March that would effectively legalize medical marijuana in the 23 states where it is already allowed. Even America's 44th president, Barack Obama, admitted to using weed growing up in his 1995 memoir Dreams of My Father.

Public opinion too has increasingly come around over the last 25 years. After rising steadily, today a majority of Americans now support the full legalization of marijuana, with almost half of those polled admitting to the Pew Research Center they had tried the drug. More telling, 69% of Americans believed marijuana was less harmful than alcohol. A quick look at data from the Centers for Disease Control and Prevention shows just how valid that belief actually is.

The truth is, marijuana is not just safer than alcohol, but also than just about any other drug out there. Somehow, despite figures like this, it managed to become a federally classified Schedule I drug, alongside genuinely harmful things like heroin and LSD. As Sarandon told High Times, the world can be a pretty stressful place; to help manage the complex demands of modern life, a toke or two could go a long way.