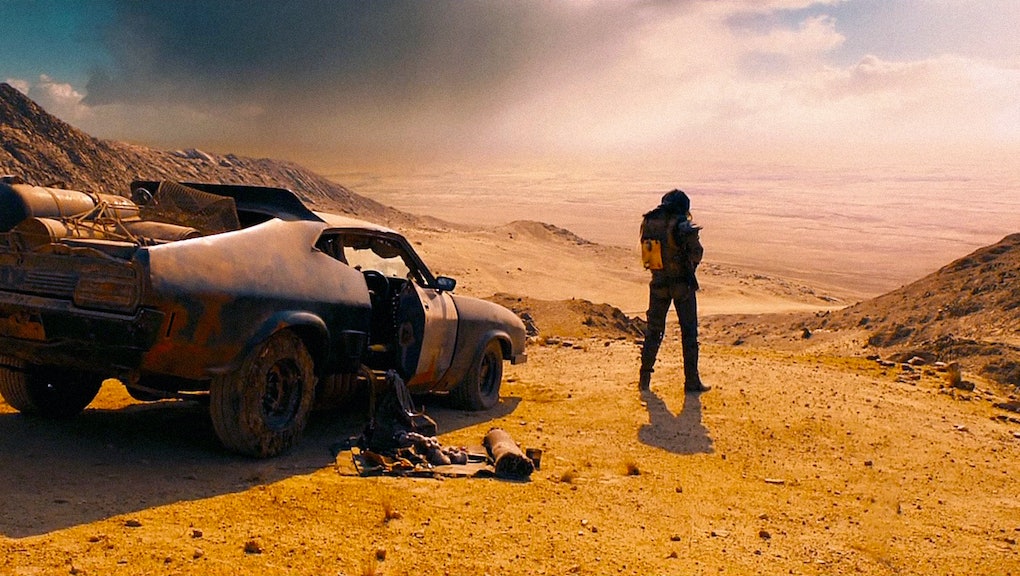 These Before-and-After Shots of 'Mad Max: Fury Road' Are Spectacular

How did Mad Max: Fury Road, 2015's most visually delectable blockbuster, achieve its look? Director George Miller famously used primarily practical effects to achieve much of the film's spectacle, so the visual effects used had to be potent. As FXguide chronicled, they were indeed potent — and pretty masterful as well.

"The reality is that there's 2,000 VFX shots in the film," visual effects supervisor Andrew Jackson told FXguide. "A very large number of those shots are very simple clean-ups and fixes and wire removals and painting out tire tracks from previous shots, but there are a big number of big VFX shots as well."

As can be seen in these images, these adjustments involve everything down to the installation of additional set pieces, like more mountains or pieces of machinery.

Yet there are also major changes that go beyond environment-building. The entire toxic storm sequence that closes the movie's first act is CGI, turning the tranquil, blue-skied Namibian desert into a hellish inferno. The overhaul is just stunning.

While these shots may debunk some of the "nearly free of visual effects" braggadocio that's been circulating since the film's release, that's exactly the wrong approach. Jackson and his team's VFX work on Fury Road doesn't stand in for the impressive practical work on set, but amplifies it. Miller's movie is an ambitious attempt to blend the two art forms together in a complementary way. The overall effect is quite impressive.

Online fervor about Fury Road has perhaps reached a tipping point. While the movie is very good, arguably even great, calling it "a miracle" or "the Sistine Chapel of action filmmaking" is bestowing upon it a status unfair for any film to bear. Fury Road is not action movies' Messiah.

That said, it can continue to have an impact on the mixing of visual and practical effects. Neither is inherently good nor bad, but too much of one can spoil the broth. Following in Miller's footsteps will hopefully make other action directors' projects as visually stunning as Fury Road.

Check out more photos and their explanations at FXguide.