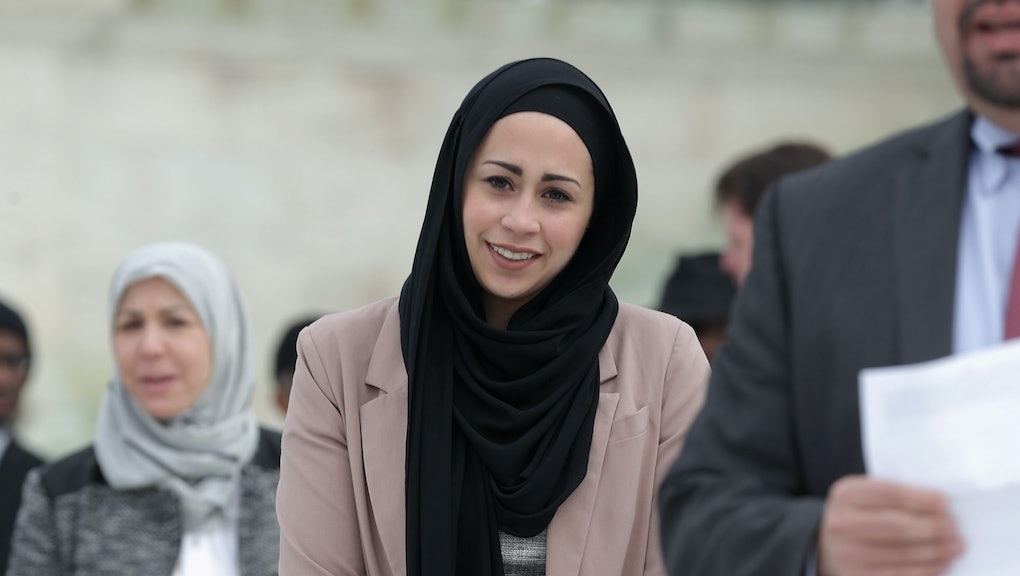 The U.S. Supreme Court on Monday ruled in favor of a young Muslim woman who successfully sued Abercrombie & Fitch after the clothing retailer refused to hire her because she wears a headscarf.

By an 8-1 vote, the high court sided with Samantha Elauf, who pursued an employment discrimination suit after she was denied a job in 2008. Managers denied her application because her religious attire appeared to violate the store's "look policy." Justice Clarence Thomas was the lone dissenting vote.

Elauf was 17 years old when she applied for work at an Abercrombie store in Tulsa, Oklahoma. She did not inform Abercrombie why she wore the headscarf, and lawyers for the company argued before the court in February that Elauf's failure to volunteer its religious significance invalidated the lawsuit. But the court shot down their argument, saying the onus is on the employer to follow guidelines that ban discrimination in hiring as mandated by the Civil Rights Act of 1964.

"This is an easy one," Justice Antonin Scalia said before reading the majority opinion, according to a New York Times account from inside the courtroom. Scalia and seven of his colleagues sided with Elauf and her representatives from the Equal Employment Opportunity Commission.

"An applicant need show only that his need for an accommodation was a motivating factor in the employer's decision, not that the employer had knowledge of his need," Scalia wrote on behalf of the majority.

"I was a teenager who loved fashion and was eager to work for Abercrombie & Fitch," Elauf said in a statement  released Monday by the EEOC. "Observance of my faith should not have prevented me from getting a job... I am grateful to the Supreme Court for today's decision and hope that other people realize that this type of discrimination is wrong and the EEOC is there to help."

The decision, the court said in its ruling, was "straightforward: An employer may not make an applicant's religious practice confirmed or otherwise, a factor in employment decisions."

The U.S. government said the same when the case was argued on Feb. 25. "Knowledge of the need for an accommodation requires an understanding not simply of an applicant's religious practices but also of company policies," Solicitor General Donald Verrilli Jr. wrote in court documents cited by CNN. The latter, he said, should have made it clear denying Elauf employment because of her headscarf was illegal.

In 2011, a federal jury sided with Elauf, awarding her $20,000 in damages. But an appeals court reversed the decision, sending the case to the Supreme Court.

"At its root, this case is about defending the quintessentially American principles of religious freedom and tolerance," EEOC General Counsel David Lopez said in a statement celebrating the court's ruling. "This decision is a victory for our increasingly diverse society, and we applaud Samantha Elauf's courage and tenacity in pursuing this matter."