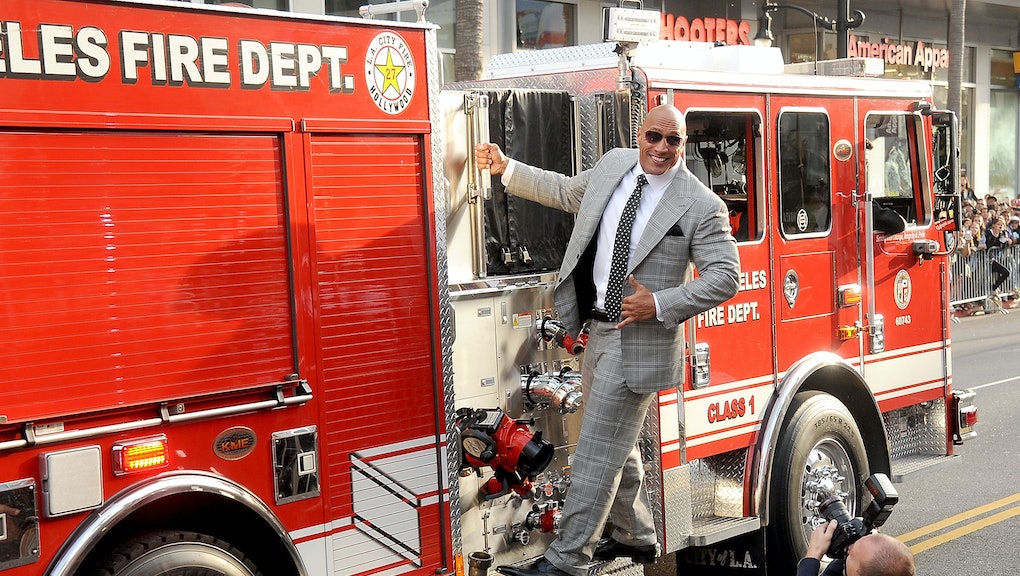 He stopped an earthquake over the weekend, but will Dwayne "The Rock" Johnson be able to conquer his latest challenge: reviving a cult classic?

As Variety and other sources reported Monday, Johnson is in talks to star in a remake of Big Trouble in Little China, the 1986 John Carpenter film. Should he sign the dotted line, it would join nearly a half-dozen film projects Johnson has in the works, including the latest Fast & Furious movie and 2019's comic book movie Shazam!

The high (and growing) number of projects is yet another indication that Johnson's movie star status will be secure for quite some time.

The original Big Trouble in Little China starred Kurt Russell as a truck driver fighting in the underworld of San Francisco's Chinatown. It was notably a box office catastrophe, grossing only $11 million against a $20 million budget. However, it's become a beloved cult hit over the past three decades, earning a strong 83% approval rating on Rotten Tomatoes.

With Johnson on board, production studio 20th Century Fox is clearly banking on the remake being more of a financial success in theaters. The combination of a fan favorite title and a beloved star is hard to imagine failing. It's a safer bet than, say, San Andreas, which did indeed have some box office troubles. Despite an impressive gross, it won't be setting any records this year.

Yet with lower expectations, Johnson's remake of Big Trouble in Little China should soar. These are the kinds of choices that are smart for a star still solidifying his status. If he makes more of those choices, he'll be one of our biggest draws for years to come.