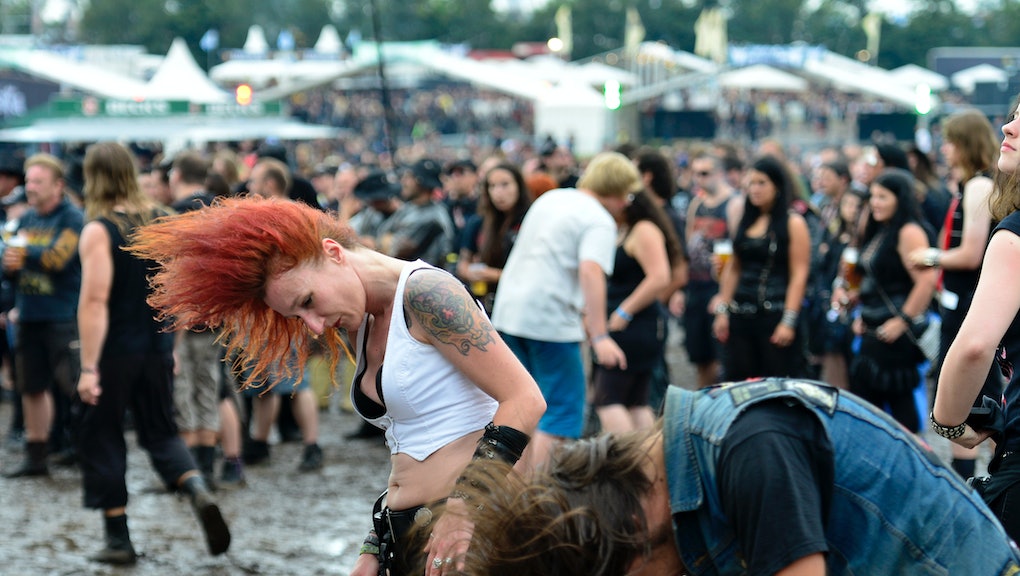 Pop songs may dominate the charts, the award shows and all the industry's money, but according to recent Spotify research, it does not reign supreme in fan loyalty. The streaming site tested the degree to which fans across the world are unshakably committed to the bands they love. Metal, it turns out, has the most loyal fan base of any genre. Because sometimes, nothing but Slayer will do.

Calculating loyalty: Spotify looked at the biggest names of each genre and tabulated the number of streams they got by the number of listeners. This essentially measures how often fans return to their favorite acts. For metal, those included Metallica, Slayer, Judas Priest, Iron Maiden, Sepultura, Black Sabbath, Pantera, Cradle of Filth and Anthrax — heavy on the '80s and '90s hits from the genre's heyday. Spotify found that metal fans returned more often to their favorite acts than anyone else.

And metal fans more than just more devoted to their genre. Prior research from Heriot-Watt University in Scotland found that those who enjoy classical and those who enjoy metal tend to exhibit similar traits — gentleness, open-mindedness and creativity — as well as a shared love of the theatrical. In short, science has repeatedly suggested that metal fans are the best among us.

The secret of Scandinavian metal heads: Spotify also broke down the most loyal fan bases by country and found, like other studies before them, that metal is most popular in countries with notoriously high qualities of life, like Sweden and Norway. Besides their cold, dead winters, Scandinavians may love metal because they're trained from a young age to appreciate music more deeply than most. Scandinavian governments have long attempted to subsidize music education for all citizens. Charlotta Mellander from the Martin Prosperity Institute suggests via CityLab that this sophisticated education may have provided Scandinavian musicians with the chops necessary to execute metal's punishing rolls.

But worldwide, one thing remains true of metal fans: They may be misunderstood, but they've got a whole lot going for them.