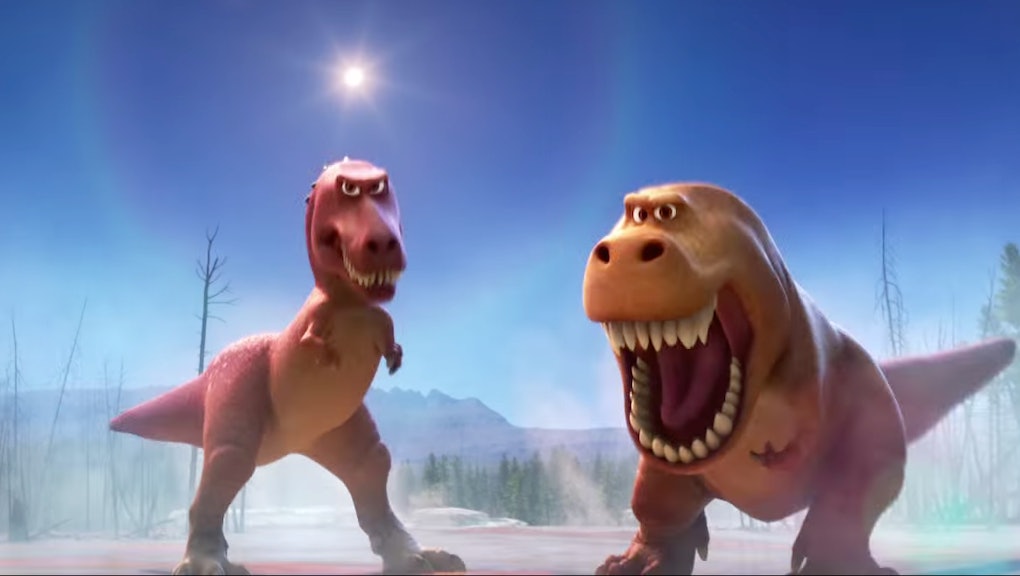 Pixar took last year off, but the company is making 2015 quite a comeback year.

In addition to the Amy Poehler-starring Inside Out, set for release June 19, the beloved Disney animation studio is also releasing a film this fall — the first time in the company's history that it's releasing two movies the same year. That fall film, The Good Dinosaur, dropped its first trailer, and it looks positively charming.

The Good Dinosaur poses an interesting question: What if dinosaurs never went extinct? What if the meteor that hit Earth passed the planet by instead? It's a bit of an anti-WALL•E, the film that projected a dystopian Earth in the future. Instead of thinking ahead, The Good Dinosaur mulls our past.

By the looks of the trailer, this movie looks like a stylistic hybrid of Dinosaur and The Land Before Time series. The star character is the green dinosaur seen at the end, Arlo, who looks adorable enough to fit in the ranks of Pixar's greatest mascots. In fact, he looks quite like a familiar Pixar dinosaur.

Combined with this summer's Jurassic World — plus 2017's reboot film Power Rangers — dinosaur nostalgia is having a moment. Seeing prehistoric times in a Pixar lens is simply the cutest approach of them all.

The Good Dinosaur is set for release in November. Watch the full trailer below.