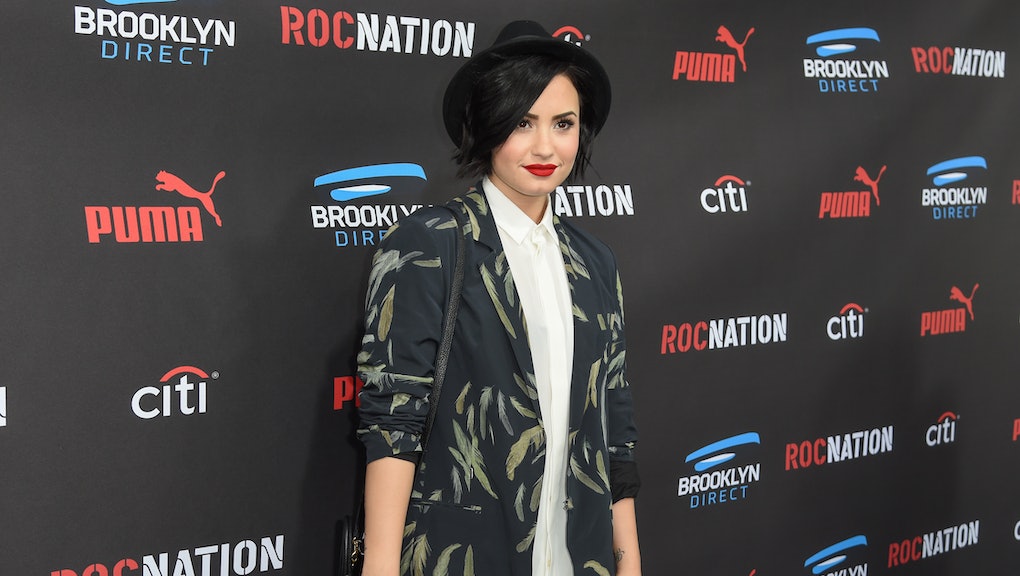 4 Important Facts Everyone Needs to Know About Living With Anxiety

Forty million people live with anxiety in America, yet it seems that few truly understand what having an anxiety disorder — which can be a debilitating, ongoing condition for many — entails. Here's what it's like to live with anxiety, according to the experts.

1. There are multiple types of anxiety.

While most people experience anxiety at some point in their lives, an anxiety disorder entails dealing with heightened versions of those feelings on a consistent basis. The experience varies, but experts have identified three main forms: social phobia, panic disorder and generalized anxiety disorder. Symptoms include crippling concern about others' judgment to irrational attacks of fear to persistent, inexplicable worry.

"Those with significant anxiety might experience run-of-the-mill situations and events as triggering," psychologist Stacey Rosenfeld told Mic. "For some with anxiety, just leaving the house can be difficult. For others, the experience might be more nuanced. They might experience significant distress when faced with an oral presentation at school or work, or might have specific phobias, like fears of heights or driving on bridges."

But the difference between anxiety disorder and more common feelings of anxiety pertain to "frequency and severity and how it impacts our lives that determines a diagnosis," Rosenfeld said.

2. Anxiety is often a physical experience.

While anxiety is certainly characterized by mental and emotional distress, it also manifests physically. For instance, many people with anxiety experience panic attacks, or "brief but intense physical and mental experiences, in which the person might feel medically unsafe and out of control," Rosenfeld said. This often involves physical phenomena like insomnia, heart palpitations and headaches, among others.

But anxiety physically manifests beyond specific attacks. Huffington Post blogger Gary Nelson vividly described the physical nature of his experience with generalized anxiety disorder. "When I am not on medication, I get this feeling inside of me sometimes that feels like all my insides are going to burst out of my chest and onto the floor in front of me," he writes. "It starts slowly, first with a weird body vibration, followed by a cold sweat. Then a million ghoulish thoughts come running into my head, like commuter cars funneling into one highway. I can't control their speed. All of them are trying to merge into one lane, kicking up my anxiety even more. My heart is pounding so hard I can hear it in my ears."

3. It's also a gendered experience.

In any given year, total rates of psychological disorders are 20% to 40% higher in women than men, according to Daniel and Jason Freeman, authors of The Stressed Sex: Uncovering the Truth about Men, Women and Mental Health. Anxiety is no exception, they write — 23% of women suffer from "any anxiety disorder," compared to 14% of men.

The root of this disparity isn't clear, but may have to do with our society's gendered socialization, as well as ongoing, gender-specific social stressors.

"Interestingly, in childhood, there isn't this same gap," Rosenfeld said. "It's hard to tell if something happens hormonally with women that creates this difference or if females are socialized to be more anxious — to worry more (and somehow be reinforced for this worry), to acknowledge more anxiety, to enter treatment more readily, etc."

"Considering that on the whole, women are paid less, find it harder to advance in a career, have to juggle multiple roles and are bombarded with images of apparent female 'perfection,' it would be amazing if there wasn't some emotional cost," Freeman and Freeman write in Time. "Women are also, of course, much more likely to have experienced childhood sexual abuse, a trauma that all too often results in lasting psychological damage."

Demi Lovato who has been open about her experiences with depression and self-harm in the past, told NYLON magazine in 2014 her encounters with fans can sometimes trigger symptoms of anxiety.

"If I get stuck in a crowd, I'll start to think, 'Oh my God, I'm going to die. Something's going to go wrong and someone's going to stab me,'" she said. "There was a time when people started trying to kiss me, or creeps would buy backstage passes and reach for my face and try to make out with me. That was completely violating, and ever since then, I always fear what someone is going to do when they come up to me."

In addition to the way we may socialize women to be more susceptible to anxiety, psychotherapist Lisa Brateman told Mic, men may in fact be socialized to repress those feelings.

4. Anxiety is managed, not cured.

"Psychiatric illnesses [aren't] a matter of willpower of choice," Rosenfeld said, adding that anxiety disorder is hardly "something you can just get over." Anxiety can and should be addressed through treatments, therapy or medication.

Many find relief from other tactics, like breathing exercises. Adele said performing live often conflicts with her anxiety.

"I'm scared of audiences," she said. "One show in Amsterdam I was so nervous, I escaped out the fire exit. I've thrown up a couple of times. Once in Brussels, I projectile vomited on someone. I just gotta bear it. But I don't like touring. I have anxiety attacks a lot." After meeting Beyonce, Adele said to MTV that when she faced a difficult situation, she asked herself what would Beyonce's alter ego, Sasha Fierce, do. That's whene Adele's own alter ego — Sasha Carter, a mashup of Sasha Fierce and June Carter — was born.

Brateman often encourages her patients to take a moment to try and rationalize their anxiety. "What [patients] are really afraid of is not always what they're experiencing," she said. "People just act out or make decisions when they're anxious that don't align with what they really want because they're trying to get rid of feeling anxious in the moment."

Yet despite various available treatments, far too few individuals living with anxiety seek help: Only about one-third of those suffering receive treatment, according to the Anxiety and Depression Association of America.

This ignorance about anxiety not only perpetuates stereotypes — it tangibly damages quality of life by preventing people from seeking treatment. The more exposure to and awareness we raise about anxiety, the better off we'll all be.