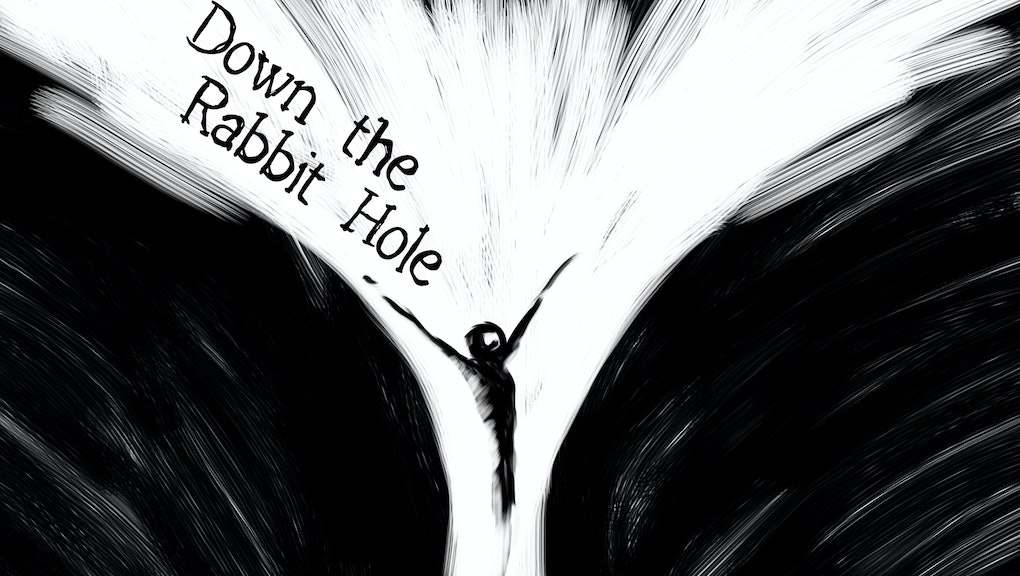 These 6 Unique Video Games Battle Anxiety and Depression, One Level at a Time

We have a long way to go when it comes to our national conversation around mental health issues like depression, anxiety, PTSD and obsessive-compulsive disorder. More than 1 in 6 adults in the U.S. experience anxiety, and mental health issues in America have been described as a silent epidemic — a topic we shy away from talking about seriously, even when it emerges around times of great national tragedy.

So why not use something like gaming, an industry that's grown larger than Hollywood, to help people with mental illness and, better yet, increase awareness and understanding for depression and anxiety? Psychologists have successfully teamed up with game developers in the past to improve social therapy techniques, and video games have shown to have strong affects on mood and cognition.

The independent gaming community in the last few years has tried to tackle depression and anxiety by creating games about, and inspired by, the struggles of mental illness.

Because they're interactive, games about anxiety and depression take you into a world where, unlike movies, music and literature, games put you in the driver's seat. You have the agency to explore, make decisions and be the master of your choices.

Here are six recent games designed for the purpose of helping you deal with, or sometimes better understand, depression and anxiety.

In Elude, you explore a series of metaphorical emotional landscapes, moving through eerie woods and airy fields looking for "passion objects" to help overcome emotional obstacles. One of the few games on this list built explicitly to be an educational tool for the friends and family of those with depression, Elude is a meditation on the meaning of passion and fulfillment.

"Modeling what depression feels like by contrasting it with other mood states (normal and happy), Elude portrays depression metaphorically," GAMBIT Game Lab says on its site. "The various parts of the game-world represent emotional landscapes that correspond to different moods with the gameplay changing according to mood changes."

Best of all, no download is necessary; it's available right in your browser.

Depression Quest is a choose-your-own-adventure style narrative fiction where you play as someone with depression as they balance their illness, job, relationships and even treatment.

Game designer Zoe Quinn, who faced the wrath of one of the greatest trolling campaigns in Internet history after the game was released, says the game isn't necessarily meant to express the experience of everyone suffering from depression but to help people understand the internal narratives of someone who deals with it daily.

"The topic is too big, there's too many people who live with it and too many moving pieces for anyone to do a definitive statement on what depression is like for everyone," Quinn told the New Yorker. "Depression Quest's goal was to be a basic introduction to the concept and to get the conversation started."

Depression Quest is available for free online, but you can opt to pay for the game. Portions of the proceeds go to the National Suicide Prevention Hotline.

According to the game's site, Actual Sunlight is "a short interactive story about love, depression and the corporation."

The game puts you in the life of Evan Winter, a Toronto white-collar worker. It's a text-heavy game, but, like Depression Quest, demonstrates the everyday struggles of having to maintain relationships while dealing with debilitating social anxiety.

Warning: This one deals with themes like sexuality and suicide, so it's not for kids.

In Flower, you play a series of petals on the wind, ducking around rocks, fields and wind turbines in dream-like landscapes designed specifically to soothe players into a positive emotional experience.

Though Flower wasn't designed with mental health in mind, its attention to peace and mindfulness has been therapeutic for a number of players. Louie Castro-Garcia, who used a series of video games to battle his own depression, wrote for VentureBeat:

I remember reading an article online about someone having a friend whose mother had recently passed away due to cancer. The person in the article invited their friend over to play video games, to help them get their mind of off things. When the friend arrived, the person suggested they play "Flower." The article explained how this person and their friend sat silently, just enjoying the beauty and simplicity of the game, occasionally looking over at each other and smiling, and when the friend left, they looked like a weight had been lifted from them.

Flower is part of the silent-wanderer genre of games like breakout hits Journey and the House of Cards-approved Monument Valley. Their aesthetics and tone offer an escapist respite from a video game landscape that's often frantic and exhilarating.

Sym is a side-scroller about a boy named Josh, who's constructed an internal, escapist interior world in order to cope with his acute social anxiety. Through platform puzzles and exploration, guide Josh through a world built to avoid the world. Gradually, he moves closer toward the ability to overcome his phobias.

"A game is something that can help people, even more so than books or movies because you are inside the world," Sebastian Morando, one of the creators of Sym, told Kotaku. "Unlike other mediums, you are surrounded by this world and you have to make decisions inside it."

Sym demonstrates the duality faced by people with social anxiety: the life they're living on the inside and the life they have to live in the presence of others.

In Aether, you play a small child on the back of a friendly monster, exploring an astral landscape of childhood anxieties and worries, looking for someone to relate to. Aether is a short game. You encounter small planets and monsters and attempt to help them solve their problems.

"It's sad to be alone," one little planet says when you arrive. "At least no one can hurt me here."

The game is one of the early works of Edmund McMillen, the savant game designer behind Super Meat Boy and The Binding of Isaac. The game is inspired by McMillen's own upbringing, illustrations from his early notebooks as a game developer and the challenges relating to others that he faced as a kid growing up in his grandmother's household.