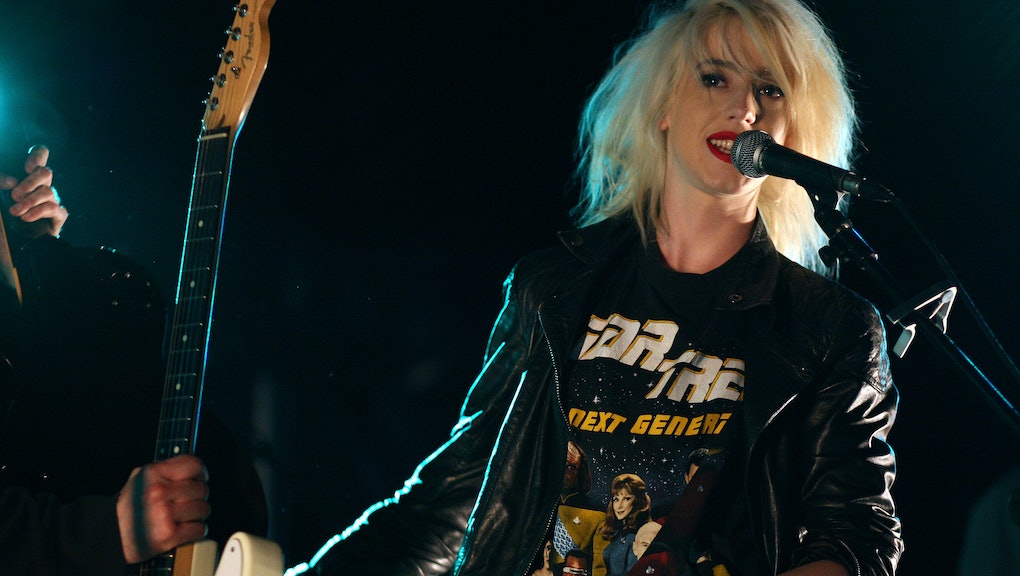 In One Quote, This Female Musician Nails Music Industry Sexism

British alt-rock singer Beth Jeans Houghton, aka Du Blonde, spoke to Quietus about the sexism she encounters in the music industry. The songwriter, who first broke out as an opener for Bon Iver, told the music site that often the worst kind of sexism is the most subtle.

"I know some people get annoyed by the whole 'feminism' thing and think women are treated equally to men. We are really not and I wish we were," she said. "If someone is an ignorant cunt and says something really disgusting that puts you down as a woman, that is terrible, but in some ways the more annoying stuff is the really blasé, off-hand comments that you have to deal with every day and that you are supposed to 'get over because it doesn't really matter.'"

A long-running trend: This isn't the first time Houghton has spoken out about music industry sexism. In a 2010 interview with Quietus, she said she planned on toning down her onstage outfits because reviews of her shows ended up missing the music entirely. "What I wear on stage is what I wear off it and I've always made my own clothes, but I guess it does detract from people talking about the music and that really fucks me off," she said.

Then, one year later, Houghton caught up again with the site to discuss how female musicians are treated differently from male musicians. "It is bizarre to me because I never feel like my sex has anything to do with my ability to make music," she said. "I'd still be going through relationships, meeting people and writing songs about heartbreak if I were a guy. It is annoying. There is a lot more comparing of female artists to other female artists and lumping all women together."

Houghton is spot on: The most destructive form of sexism is often the most subtle. As Annie Lowrey wrote for New York magazine in her story "Ellen Pao and the Sexism You Can't Quite Prove," "It is pervasive. It is persistent. And it is so, so exhausting, all those subtle hints that you are a little different and that your behavior is being interpreted a little differently."

But the best way to combat this pernicious sexism, Lowrey points out, is to insist on drawing attention to the issue. And thanks to Houghton, the conversation continues.