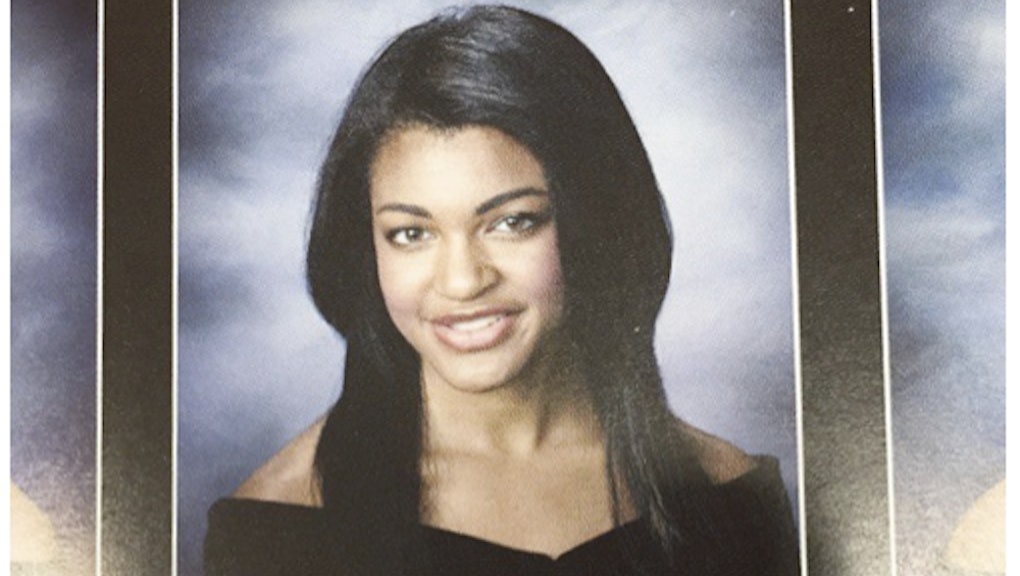 The war on sexist dress codes may have found its official tagline thanks to one clever California senior.

"I would just like to apologize to those who were unable to graduate with the class of 2015 because they were too distracted by my midriff and consequently failed all of their classes! xoxo," Chloe Cross wrote under her portrait.

"I was truly trying to get a message across about sexism in my school (and others) and how genuinely stupid I find the defense of the dress code to be," San Mateo High School student Cross told Yahoo! Canada. "I wanted to emphasize how stupid it sounds to blame the way that people, especially girls, dress for the academic failure of their peers. Nobody from my class would be going to college if bodies were as distracting as the administration makes them out to be."

Just last week, Canadian high schooler Alexi Halket launched #CropTopDay to document her and her peers' efforts to push back on her school's dress code. Plenty of teens not only participated, but also eloquently communicated the deeper reasoning behind their choice to protest.

"Having my stomach/thighs/shoulders show does not compromise my intelligence or actions," tweeted one participant.

"I would much rather be the 'obnoxious feminist girl' than be complicit in my own dehumanization," tweeted another, adding, "Your dress code is sexist and promotes rape culture."

Another anonymous activist covered her school's walls with her own eloquent message.

"We are 17 years old, stop sexualizing our bodies," the message stated. "If my shorts make you uncomfortable you are the problem."

Though their tactics may range from anonymous messages to performative protests to, now, yearbook quotes, these teens share an overarching goal: to end a policy not only based on a blatant double standard, but one that further objectifies and sexualizes women's bodies in the very environment supposedly meant to enrich their minds.