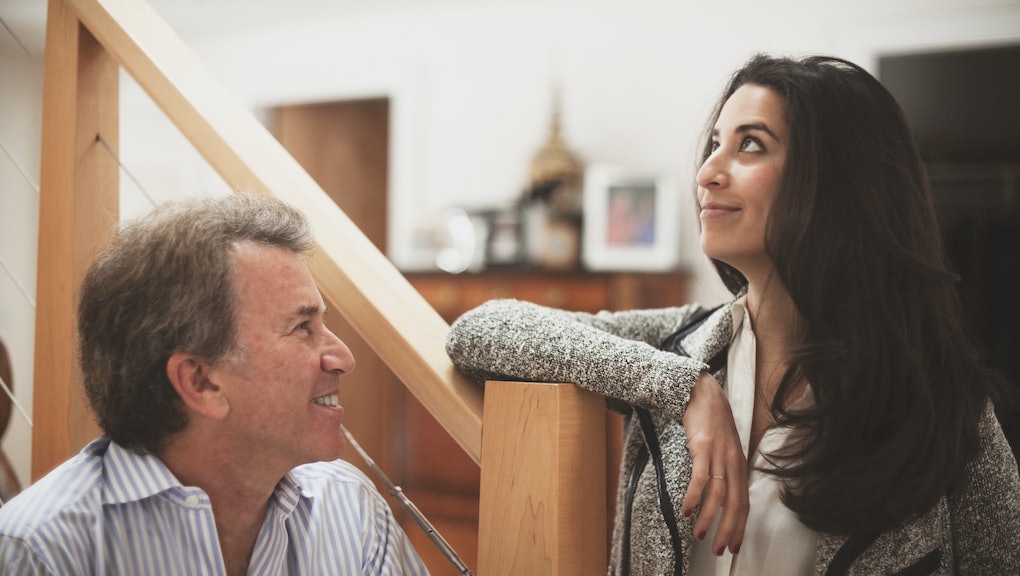 These Entrepreneurs Are Breaking Down Sex Barriers — Right Alongside Their Parents

On a scale from one to never, how often do you want to talk about sex with your parents? How about every day, all day, for a living?

Two pairs of entrepreneurs are doing just that. Sustain Condoms, a fair-trade condom company, and Good Clean Love, an organic personal lubricant company, are headed up by a parent-and-child team.

Wait, what? If the idea of family members being open and vocal about sexual health and pleasure seems a little out of the ordinary, that's the point. Both companies embrace the open dialogue their products create around sexuality. After all, sex is normal — these parent-child duos are helping break down the barriers we so often consider to be taboo.

Jeffrey, 60, who used to head up eco-friendly cleaning product company Seventh Generation, is a perfect complement to Meika, 27, the social and marketing strategist, as they target young women in their 20s, who the duo feel are going to be the next innovative consumer for condoms.

More importantly, Jeffrey and Meika want to prove the conversation doesn't have to be taboo, for men or women. "What really drove it home for me was talking to my peers, who were still not using condoms because they were embarrassed about it," Meika told Inc.

Surveys have found that while 75% of men and women think it's both of their responsibility to bring up condom use, often the onus is still on men to pick up the rubbers. The Hollenders hope to dismantle that expectation and taboo — doing that as a father and daughter? It only further emphasizes their message that condoms are nothing to blush about, whether it's mentioning to your parents, your friends and most of all, the people you have sex with.

Wendy, who has been married for 31 years, was looking to get her sex life back on track with personal lubricant, but products at the local store irritated her. She started experimenting with making natural products from home, something she didn't keep a secret from her daughter. Instead of being embarrassed, Anastasia was receptive and helpful.

"We've always been open about sexuality in our household. Growing up, my mom was the first person I asked when I thought I'd had an orgasm as a teenager," Anastasia, 26, told Cosmopolitan. When friends would come over Anastasia's house as a young teen and they'd spot her mother's lube products, Anastasia would brush it off with "Oh, it's just lube."

The products, made of aloe vera, xanthan gum and agar (yes, it's edible), targets sustainable-minded young women who could be using lube but likely aren't. Research has shown using lubricant can not only decrease pain or risk of injury during sex but also increase a woman's pleasure. Having the matter-of-fact lube conversation be free of shame is part of the company ethos for the mother-daughter team.

"I've been really blessed to come from a family that's so open about this stuff and just treats it as normal. And I feel really blessed to be doing this with my mom, of all people." Anastasia told Cosmopolitan.

A revolution of frankness: This embrace of sex-oriented products in family companies, unconventional as it sounds, is part of an effort to make sex as everyday as exercise and laundry.

Having that open dialogue could be essential, as Cindy Gallop, founder of MakeLoveNotPorn, has pointed out in the past. "Nobody ever brings us up to behave well in bed, and they should, because sensitivity, kindness, generosity, empathy are as important there as they are in any other area of our lives and work, where we are actively taught to exercise those values," Gallop said in a TED video.

For Meika Hollender and Anastasia Strgar, that message — sex is normal, healthy and great — has been instilled in them by their parents since day one. Luckily for the rest of us, they're taking their fearless approach to sex a step further and combining the savvy of two generations to bring us body-safe sex products. And if that innovation came from family? Even better.