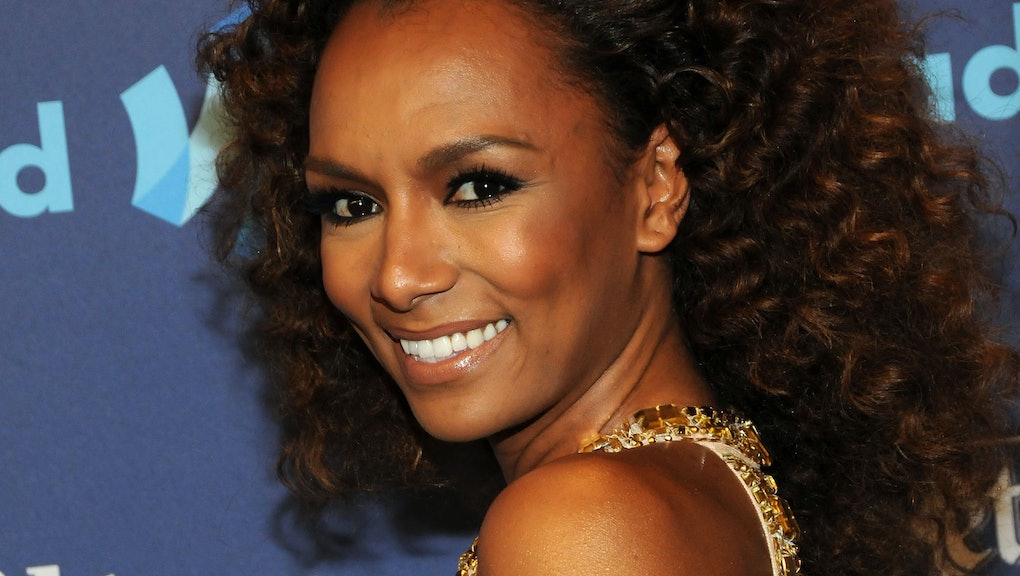 It seems that since the moment Caitlyn Jenner's Vanity Fair cover dropped, the entire Internet scrambled to loudly voice their opinions on the topic. Everyone, including Laverne Cox and Jon Stewart, weighed in on Jenner's story and the media frenzy that surrounded her debut.

One notable voice missing from the immediate conversation, however, was Janet Mock. The writer, activist and MSNBC host remained largely silent about Jenner's cover and new identity until Wednesday, when she published a thoughtful blog post.

Here's why Mock is only now speaking out, in her own words.

She doesn't want to be the sole representative of the entire trans community.

"To make any trans person a symbol for an entire community is an unfair task," Mock wrote. "No one can speak about the varying, intersecting and layered ways in which trans people experience the world. That is why it's necessary to create a space for nuance and to amplify the voices of those who often are not heard."

Mock has often been the go-to trans woman media figurehead, but as she's acknowledged in the past, no single individual can — or should — embody or represent an entire community.

"On the one hand, there are through lines, common elements in our journeys as trans women, that are undeniable," Mock wrote in her memoir Redefining Realness. "At the same time, plugging people into the 'transition' narrative (which I have been subjected to) erases the nuance of experience, the murkiness of identity and the undeniable influence of race, class and gender."

Allowing other trans women to speak, therefore, provides a valuable opportunity to elevate other trans women — which, she noted, was exactly what happened. Mock said she received more media requests related to Jenner in one hour than she did following the release of her book, Laverne Cox's Time magazine cover, her infamous debate with Piers Morgan on CNN and the reality of lethal violence trans women of color routinely face, so she declined to comment on this topic publicly.

"Jenner's visibility has pushed many of my colleagues in media to cover her impact on trans movements and communities," she wrote, which she says has made her feel "elated."

She wanted to thoughtfully present her ideas on the dynamics of trans people and their media representation.

Much has already been written about the dynamics of Jenner's meticulous media presentation. Plenty have commented about her ability to embody the aesthetic of a stereotypically beautiful cisgender white woman, and have even arguably objectified her in doing so.

Jenner herself commented on how carefully she considered her public presentation as a woman in Vanity Fair.

Aesthetics of presentation are a particularly important — and certainly complex — consideration for trans women in the media, Mock noted. While "not all trans people care about putting people at ease," she argued, "for many, presentation is vital and essential, especially for trans women where blending in is a matter of safety. To be able to make your way through a world that so often carries so much resentment, intolerance and misunderstanding about trans people, 'looking the part' as Jenner says, is a life-saving privilege, one that many trans people, due to economic barriers or the randomness of genetics and puberty, frankly will never be able to access."

She wanted to thoroughly acknowledge dynamics of privilege inherent to Jenner's experience.

The media frenzy that has surrounded Jenner over the past few days, Mock observed, was largely generated by her privilege as "a 65-year-old white trans woman who for most of her life was perceived as a white male Olympic gold medalist and the patriarch of one of the most savvy reality TV families, who never fail to penetrate the American consciousness." It's crucial to acknowledge how this privilege intersected with the media's overall fascinations with celebrity, transgender women's bodies and general transformation stories, which allow Jenner to dominate the news cycle, Mock noted.

High-profile access: "Privilege enables her access to more conversations, more opportunities, more spaces which can appear as if she's eclipsed leaders of a movement that has been active for decades, fueled by a community that is ravaged by economic instability, lack of access to knowledgable, affordable healthcare, overpolicing and incarceration, stigmatized, criminalized survival economies like sex work, high HIV infection rates, the ability to live safely and freely as their true selves and disproportionate violence against trans women of color," Mock wrote. But ultimately, she concluded, "Privilege gives one access. It doesn't make her a bad person."

Beyond the ability to capture media attention, Jenner's privilege is evident in her access to the healthcare and other services that, as Mock put it, "enabled her to pay tens of thousands of dollars for gender-affirming procedures that she's open enough to outline publicly." This is hardly the case for most trans women, Mock emphasized.

"Jenner's seemingly seamless, swift medical transition would take them decades of sacrifice or risky engagement in underground economies to save funds to accomplish — if they could accomplish it at all," she wrote.

"A multilayered, intersectional community": Ultimately, Mock said she didn't immediately comment because she recognized that Caitlyn Jenner has provided an invaluable opportunity to impart a deeply meaningful message about the trans community and experience — a message that deserved time and consideration to form and couldn't be elucidated on the spot.

While it's great to celebrate Jenner's visibility — as the media immediately and overwhelmingly did — it's also vital, Mock concluded, to "contextualize and frame her journey so we can better serve a multilayered, intersectional community that doesn't have the level of access that has enabled Jenner to be seen and heard as her truest self — something every single person should have access to."