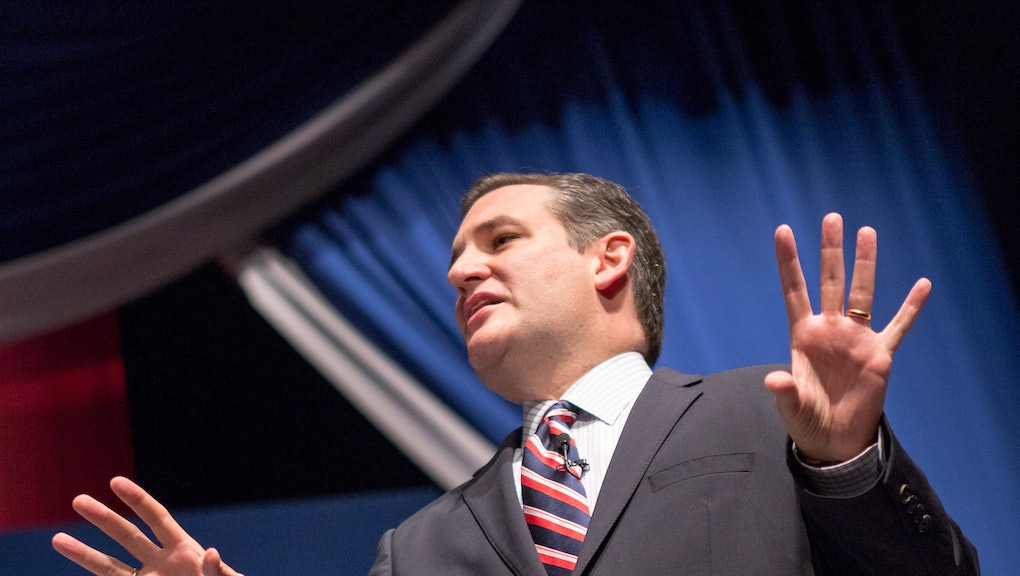 Four days after Joe Biden's son, Beau Biden, died of brain cancer, Ted Cruz mocked the vice president — an apparent Cruz campaign trail tradition. He spoke to a group of Republicans in Michigan on Wednesday night when he ridiculed Biden, just days before his son's funeral.

However, the backlash on social media was so drastic, Cruz did what no politician is ever supposed to: He apologized.

It started with this joke:

Shortly after, a reporter asked him what he thought of Beau Biden's death after the event. "Heartbreaking and tragic," Cruz said. "Our prayers are very much with Vice President Biden and with Jill. It's a tragedy no one should have to endure." When the reporter then asked why Cruz made a joke about Biden, Cruz dismissively walked away.

The social media backlash quickly ensued, with people expressing their disgust for Cruz's tasteless timing when it came to his dig at the vice president.

Much like his remarks, the public was surprised by Cruz's regret given how rare it is politicians backtrack or apologize for remarks. "Politicians, like most human beings, find it difficult to admit their failings. Most have also been told repeatedly by political operatives and strategists that apologies only extend a story, spurring stories about the mistake, the apology, the quality of the apology and the subsequent public reaction," the Washington Post reports.

The nation's reaction suggests Cruz's blunder has the potential to permanently mar his image and campaign. Only time will tell how much damage he has done and whether he can recover. Cruz has taken at least one lesson from this: It's never appropriate to ridicule someone during their period of mourning, particularly when a parent is grieving the loss of their child, no matter how politically advantageous it may seem.