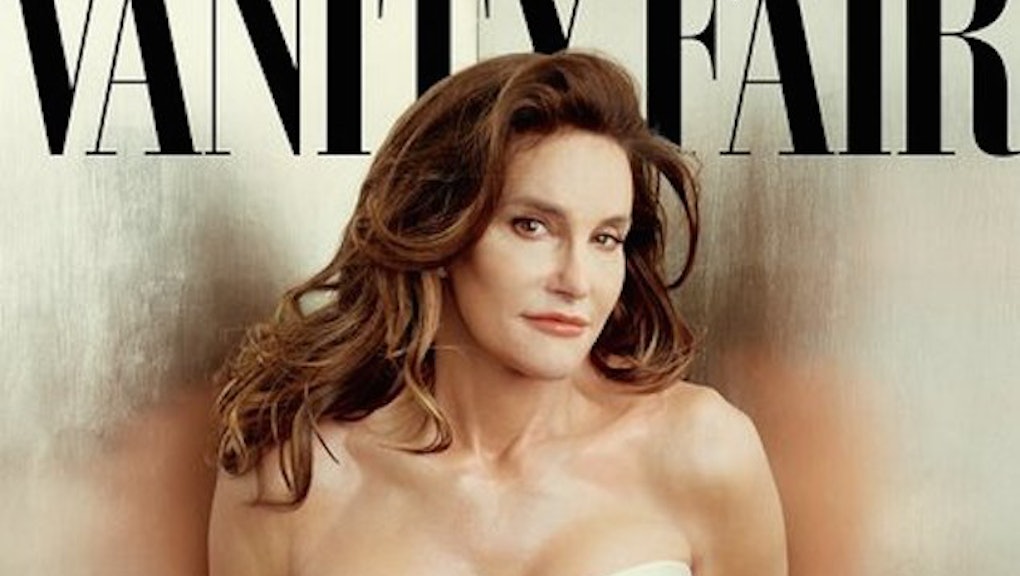 As she often does, Laverne Cox recently sparked an important discussion about the trans experience. In a recent Tumblr post, Cox eloquently made her feelings about Caitlyn Jenner known — specifically, how her Vanity Fair cover hits on a broader, crucial discussion of the public perception and acceptance of trans women.

Cox noted that the public often praises her beauty, and is now praising Jenner's beauty, based on their ability to embody "cisnormative beauty standards," and in doing so ignores that there "are many trans folks, because of genetics and/or lack of material access, who will never be able to embody these standards," not to mention that "many trans folks don't want to embody" those standards.

This dialogue inspired one Tumblr user to elevate the conversation to the next level.

"I've felt frustrated and useless and overwhelmed by opinions on transgender women and how we're 'supposed' to look if we want to be taken seriously," Tumblr user Crystal wrote on Wednesday. "But not all of us adhere to those standards. Not all of us want to. Not all of us can. Some of us do, but only out of fear. Some of us do but we aren't sure why. And whether we fit those standards or not, we're beautiful, and we all deserve to feel beautiful, and be acknowledged by the world."

Trans women should be celebrated, Crystal noted, no matter how they look, and especially regardless if they fit a largely stereotypical standard of beauty, as many have noted Jenner does. This inspired Crystal and friend Jenn Dolari to create a template for trans women all over the world to create their own Vanity Fair covers, using the hashtag #MyVanityFairCover and "show the world the myriad faces of the trans community."

Plenty of other trans Tumblr users took on the challenge.

"Most trans women don't have millions of dollars and instant access to doctors, hormones and surgeries like Caitlyn Jenner has," Tumblr user Nadia wrote. "And not all of us can or even want to adhere to western cisnormative beauty standards. This doesn't make us any less beautiful, or any less valid as women."

"I'm not wearing any makeup," another user, Noelle, wrote. "I haven't shaved in two days or showered since yesterday ... I certainly don't feel like I deserve a Vanity Fair cover, but I'm putting this up here anyway because that's the whole point, isn't it?"

JennDolari wrote that she hopes her cover contributes to a "serious call for a focus on more varied stories of transition," she noted in her post.

Others offered their own covers with little commentary, letting the images speak for themselves.

As Cox herself noted, Jenner is beautiful and the visibility she brings to the trans community is valuable. But she's hardly representative of the entire community. Thanks to intrepid individuals harnessing the power of social media, though, the public has the opportunity to understand just how diverse — and diversely beautiful — the trans community really is.