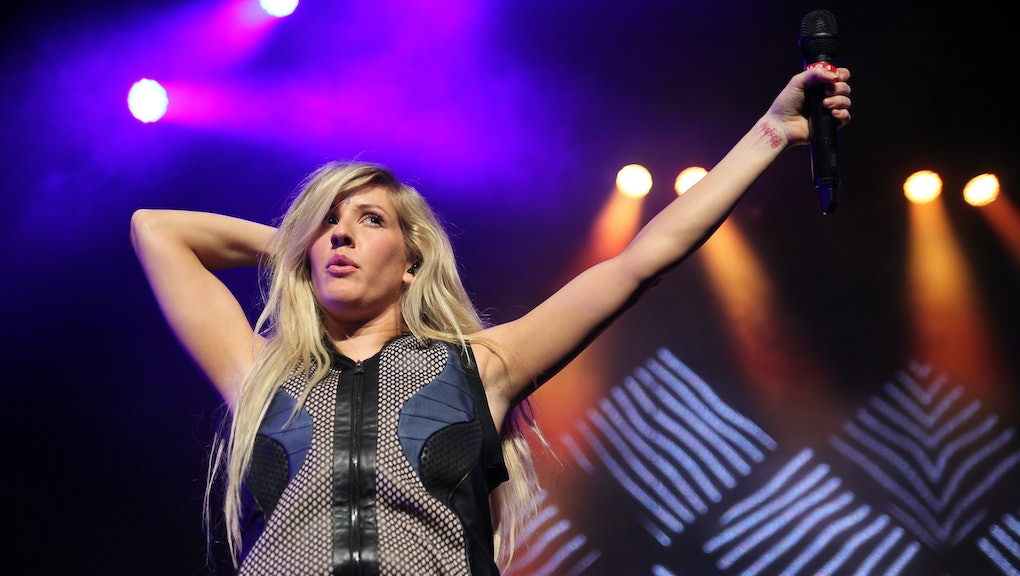 U.K. pop star Ellie Goulding took her government to task Wednesday over its new homelessness ordinances. In April, the London borough of Hackney issued a public space protection order, which gives police or officers of the Hackney council the ability to ban "anti-social" behavior such as sleeping outside and begging. Violators of these orders can face fixed penalty notices up to £100 or fines of £1,000.

"How could you do this to vulnerable people who need you the most?" Goulding tweeted at the Hackney Council. "I can't deal with your ignorance." She also urged her followers to sign a petition to stop these orders:

Luckily, Goulding isn't alone in her social conscience. In several instances, a group of vigilante activists called the London Black Revolutionaries took the removal of those spikes into their own hands. They covered one set outside a Tesco market with cement, which forced the business to remove them.

But Hackney's public space protection order can't be fought with vigilantism. Goulding recommended a petition that pledges to "not allow measures which will make the lives of those with nowhere else to go even harder than they already are."

Needs to be addressed: As Goulding notes, homelessness in London is only rising. Homelessness is a cycle, and this legislation will only speed it.

"Any moves to ban and criminalise rough sleeping will be counter-productive and only make it harder for people to access the dedicated support they need to move away from the streets for good," said Jon Sparkes, chief executive of the U.K. homelessness charity Crisis, according to the Hackney Citizen.

The Hackney council insists that "enforcement action will always be the last resort," the Guardian wrote. But demonizing the only lifestyle homeless people can lead is a huge step backward.

How we should fight homelessness: The only way to reduce homelessness is to address its root causes. In the U.S., states like Utah have had tremendous success in instituting a program providing homes for the homeless. This program has resulted in a 74% drop in homelessness since 2015. Once people have roofs over their heads, many of the issues that accompany homelessness such as joblessness, addiction and other challenges become much more manageable.

Smaller programs such as the free shower system installed by the Vatican to serve Rome's homeless people can also have a significant impact. A little basic humanity can make the lives of the homeless so much easier.

The petition Goulding shared is around 5,000 signatures away from its goal. She's doing her part bringing attention to a vital issue, and hopefully others will follow. Slapping fines on the homeless is not a rational way to end homelessness. We need to use this conversation as an opportunity to come up with humane solutions to address the rising homelessness in London.