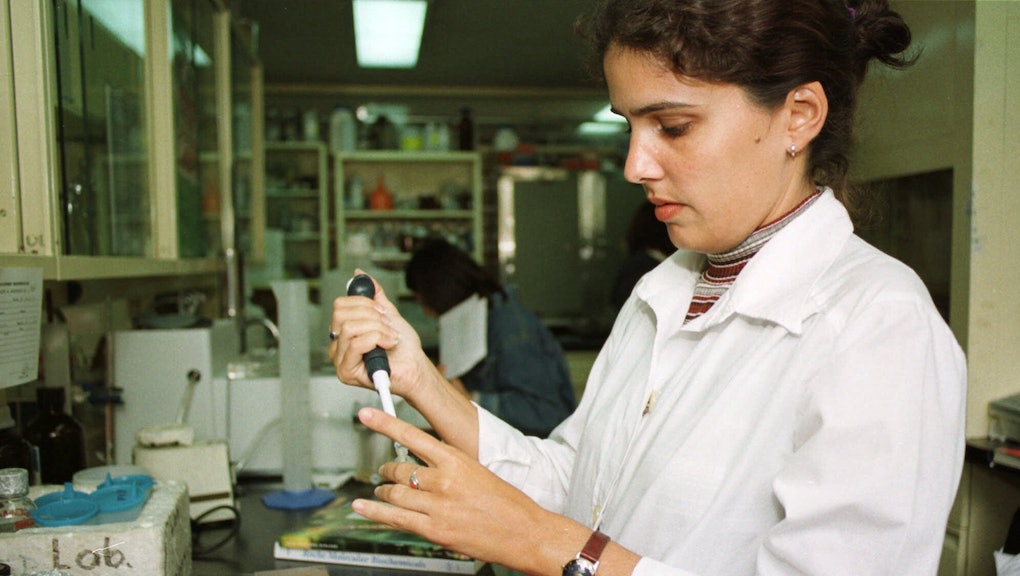 It shouldn't come as a surprise that ethnic minorities and women endure discrimination everyday. Bigotry is not only a social phenomenon, but in some cases it is institutionalized. Though workplace discrimination influences many profession, gender bias is especially prevalent in the STEM (science, technology, engineering and math) fields.

But, as it turns out, the discrimination women, and more specifically women of color, face in the STEM workplace extends far past initial interviews and pay imbalances. In fact, the issues goes so far that a surprising number of black and Latina women in these fields have even been mistaken for the hired help, for the janitors and for the "administrative and custodial staff."

According to a Harvard Business Review study published earlier this year, almost half of black and Latina women in STEM have experienced this surprising phenomenon.

A self-perpetuating problem: The Harvard Business Review study, which interviewed 60 STEM women and surveyed another 557, found that minority women faced the most discrimination, with 47% of Latina and 48% of black women interpreted as custodial or administrative staff while at work. The numbers are markedly better for Asian and white women, though around a quarter and a third respectively faced the same microaggressions.

While it might seem like a harmless mistake at first glance, mistaking women, especially minority women, for custodial staff points out both the fact that so few women are in these positions in the first place, and those who are stick out like sore thumbs. The more women stand out and feel alienated in their own workplaces, the more difficulty they're likely face in every other aspect of an already competitive field.

An indication of a larger trend: According to the Harvard Business Review report, the majority of women in STEM were repeatedly required to prove their competency, something demanded more frequently of black females. The majority of women also reported punitive reactions to either being too masculine or too feminine.

But the problem starts at a young age. A recent powerful Microsoft DigiGirlz ad interviewed a number of girls with a knack and passion for science and found that while 7 out of 10 girls are interested in science, only 2 out of 10 pursue it.

Even when women do pursue such careers, securing placement can be very difficult. A 2014 study found that when hiring managers were presented with equally qualified male and female candidates, the manager (regardless of gender) was twice as likely to offer the job to the man.

The light at the end of the tunnel. Public figures like Ellen Pao are spearheading the path to gender equality in the workforce. The Reddit interim CEO made headlines in April for discontinuing salary negotiations, as she argued it creates an unfair disadvantage for women — either by earning less because they don't negotiate as aggressively as men or getting penalized for their aggression. Pao is also in the midst of a lengthy sexual discrimination lawsuit with her former employers.

High-profile cases such as these help chip away at institutionalized discrimination. The more awareness there is of these biases, the more likely it is to shift social dynamics in important industries such as STEM fields, where women have a lot to offer yet are often not given the chance. Studies like this from the Harvard Business Review, which quantify and document these microaggressions and their impact, only make the argument for integrating women into industries that exclude them stronger.

The vicious cycle of discouraging women to pursue science and women being discouraged because of the gender inequality must end. If the pushback against gender disparity plays a bigger role in mainstream media and people make it a priority, this can be changed. And people's first assumption when they see a woman of color in a laboratory won't be that they're cleaning it, but that they're running it.