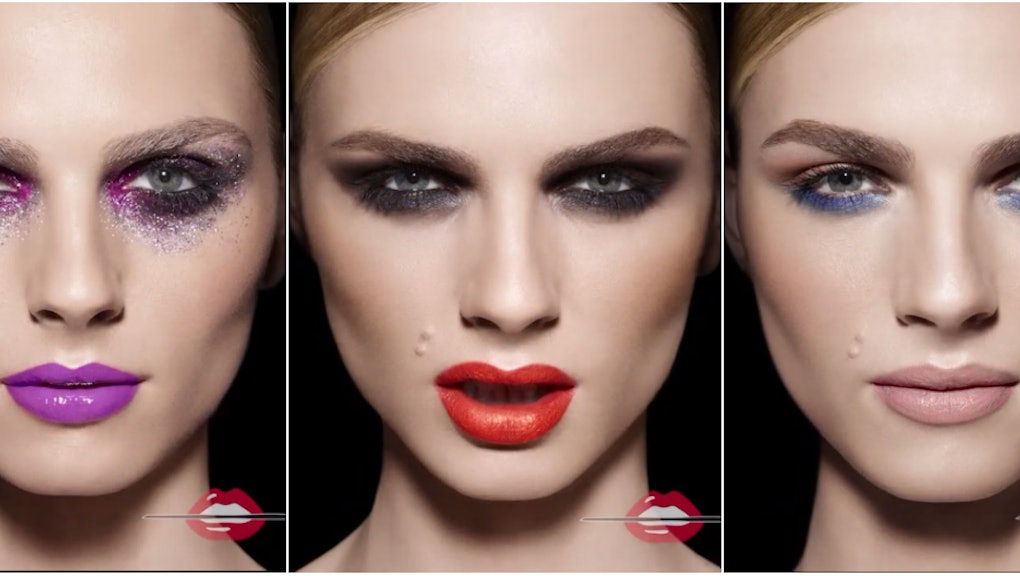 Make Up For Ever has released stunning images and video from its new ad campaign featuring Andreja Pejic, the transgender model who's been quietly breaking down industry walls for years.

The campaign's slogan: "Be Bold. Be Unexpected. Be You."

In a video post released this week on the company's Instagram, Pejic models a variety of makeup looks, from a classic red lip to glittery purple eye shadow, in glamorous close-ups. Diversity is the point of the new campaign, which "celebrates individuality and self-expression," as the brand wrote on Instagram. Pejic shares duties with actress Jamie Chung, all of their looks created by Mélanie Inglessis, a makeup artist.

On her own account, Pejic thanked Make Up For Ever for giving her the opportunity to share a message of diversity in the industry:

Pejic has been a darling of the fashion industry for years, typically billed as an "androgynous" model. It was't until last summer that she came out as transgender in a statement published by GLAAD.

"To all trans youth out there, I would like to say respect yourself and be proud of who you are. All human beings deserve equal treatment no matter their gender identity or sexuality. To be perceived as what you say you are is a basic human right," she wrote in her statement.

That empowered honesty was met with support by fashion insiders and points to the rise of a still small, but growing, number of trans faces gracing fashion ads and blogs. Lea T., a transgender model, has been a longtime muse to Givenchy and star of the label's ads. In May, Hari Nef, another transgender model, inked a deal with IMG Models just one season after her runway debut, according to Refinery29.

As Caitlyn Jenner showed with her stunning photo shoot in Vanity Fair, the fashion world can be a vehicle for embracing identity as well as raising awareness, especially given its long history as a progressive haven for the expression of queer gender identity. Pejic is the latest gorgeous face proving that diversity is beautiful.