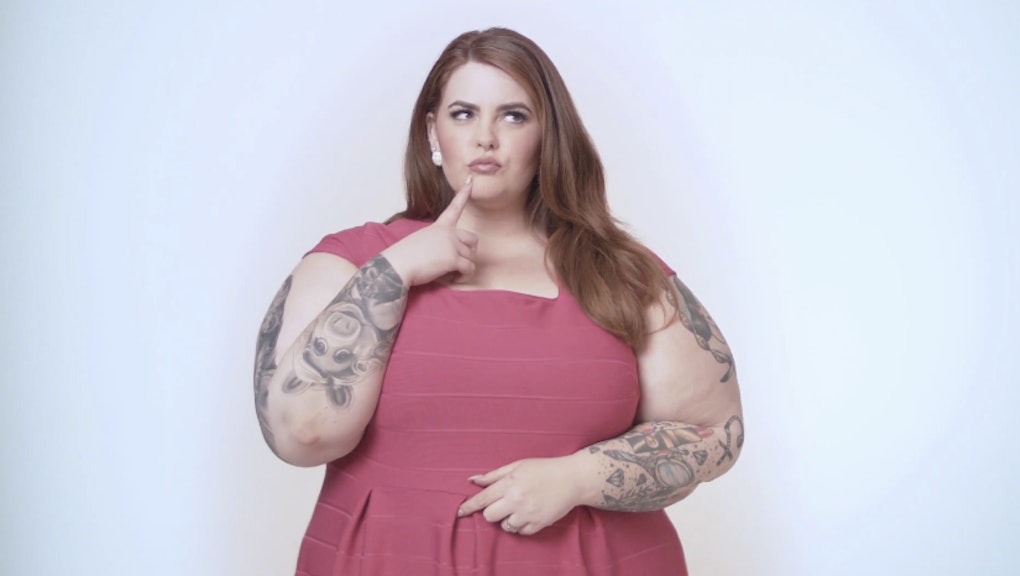 Women are fighting for body positivity on multiple fronts, but plus-size models especially have contributed invaluable visibility to this movement by forming their own modeling agencies, giving inspiring TEDx Talks and launching viral social media campaigns.

Plus-size model Tess Holliday has been on the forefront of it all. It's unsurprising, therefore, that she recently partnered with the U.S. arm of British fashion company Simply Be to remind women how to properly get a bikini body this summer. In a short video, Holliday breaks it down.

Step 1: Put A Bikini On Your Body

"There is no such thing as a perfect body and the hardest barrier for women to overcome is themselves," Holliday told Simply Be USA. "And no wonder, considering the skinny body ideals that are portrayed widely across the media today."

"All women need to do to get a bikini body is to put a bikini on, then they're ready to hit the beach," Tess told Simply Be USA. "I hope #SimplyBekini inspires women to love themselves and their wobbly bits."

Research backs Holliday up: The average woman sees 400 to 600 advertisements per day. The typical 17-year-old American female has received more than 250,000 commercial messages through the media, according to the organization Healthy Place. Studies show these advertisements are often full of damaging messages encouraging unattainable beauty ideals. These standards are, unfortunately, becoming the norm around the world.

While #SimplyBekini may be another ad campaign, it leverages the type of hashtag activism plenty of body-positive activists have successfully used in the past. Holliday herself is no exception: The activist previously launched the hashtag #EffYourBeautyStandards, which encourages individuals to celebrate their bodies. Other body-positive activists have similarly used social media to impart these messages as well, including Virgie Tovar's #LoseHateNotWeight and plenty others. So far, dozens of individuals have contributed their own #SimplyBekini photos to the campaign.

Holliday summarized the deeper meaning of these seemingly simple campaigns years ago. "We have so many forces around us that try and influence us otherwise," she wrote for the Huffington Post in 2013. "Why be our own worst enemy?"