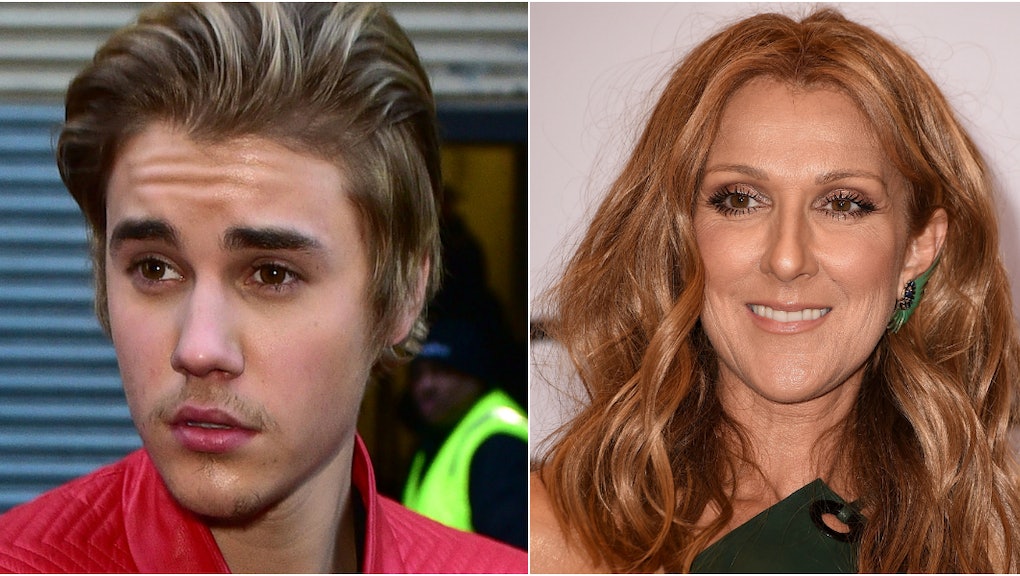 Mega corporation Wal-Mart is taking a bold stand to improve employee satisfaction, according to Fortune. On Wednesday, the corporation announced it will not be playing Justin Bieber or Celine Dion on its store soundtracks anymore. Instead, they'll be bringing back Radio Wal-Mart, which will keep the soundtrack fresh with live DJs and prevent situations like this from ever happening.

Possible reasons: Banning Bieber and Dion is a fittingly anti-Canadian stance for the American mega corporation. Realistically, though, the company is just divining something most of us already know. In a recent survey of over 25,000 people, Mic found that Bieber was the most hated musician in the country, especially in southern states where Wal-Mart is an institution.

Or maybe the company's move is seeking retribution for when Bieber "terrorized" one of their stores with his entourage back in April 2014, long before the singer began his lengthy apology tour.

Either way, employees may finally be able to forget the words to "Baby," which they've been getting burned in their brains since 2010.

Psychology of shop music: There is likely a good deal of effort going into choosing the music that will replace the artists who have fallen out of favor. The music used in chain stores can profoundly affect the way people shop, and it's frequently subject to rigorous psychological scrutiny.

Slower music tends to cause shoppers to linger in stores longer and spend more money. On the other hand, researchers from Penn State and the National University of Singapore found that loud, overstimulating music can lead customers "a momentary loss of self-control, thus enhancing the likelihood of impulse purchase."

Bieber and Dion's music generally falls right in the middle of this spectrum: not too fast, not too slow, not too loud, not too soft. Wal-Mart may be wanting to turn up.

Music aside, Wal-Mart's employee satisfaction campaign will also now allow its employees to wear khaki and denim. Employees will also finally be able to control their own stores' thermostats, instead of having headquarters arbitrate. Those concessions may be necessary, because on the flip side, Wal-Mart is now enforcing a new "10 feet rule" that requires employees to greet and make eye contact with all customers that enter an employee's 10-foot radius. There will also be more staffing during busy weekend hours.

This truly is a new day for America's most American corporation — a beautiful, Bieberless new day.