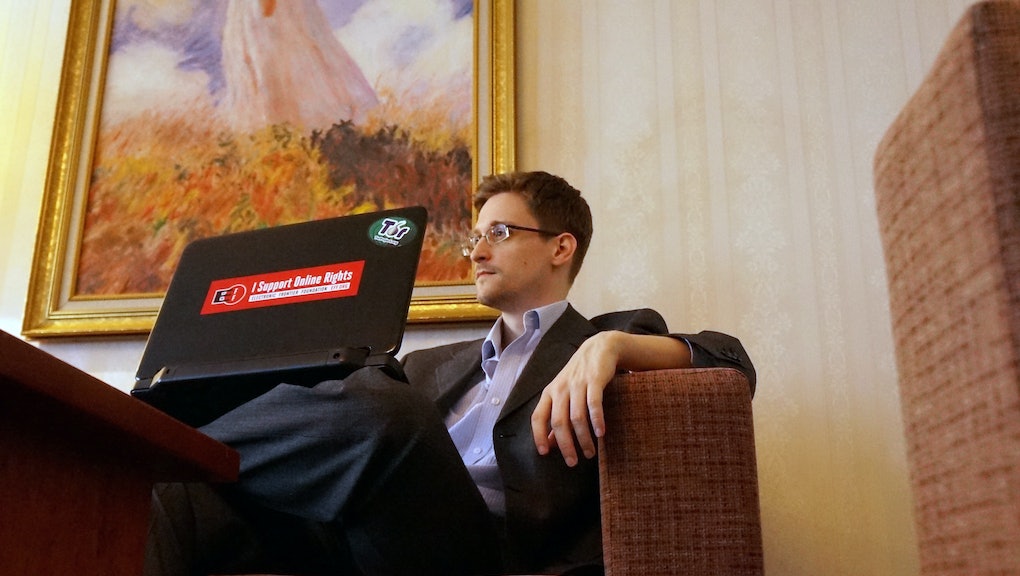 In One Quote, Snowden Showed Us Why There's Still Hope for Privacy in America

While the debate over the Patriot Act raged on, Edward Snowden sat half a world away in Russia, far from Rand Paul's filibuster and the revised USA Freedom Bill that President Barack Obama would eventually sign into law.

But despite the distance, Snowden's fingerprints were all over the legislative process. The controversial portions of the Patriot Act — the collection of personal data and the mass surveillance of millions of Americans — were knocked back, thanks in large part to Snowden's monumental exposure of government surveillance two years ago. Once aware of the programs, the American population made its opposition to the practices clear. In turn, lawmakers took notice and allowed them to expire.

Snowden reflected on the victory in an op-ed for the New York Times published Thursday, titled "The World Says No to Surveillance." He recalls worrying that his work had been for nothing, and "that the public would react with indifference, or practiced cynicism, to the revelations."

But the successful battle over the Patriot Act turned that fear on its head.

"For the first time since the attacks of Sept. 11, 2001, we see the outline of a politics that turns away from reaction and fear in favor of resilience and reason," he wrote. "With each court victory, with every change in the law, we demonstrate facts are more convincing than fear. As a society, we rediscover that the value of a right is not in what it hides, but in what it protects."

Armed with knowledge and facts, lawmakers and citizens across the world called for change — and it worked.

He continually cited the value of an informed public, not just in America, but across the globe, where leaders in Europe and Latin America have put forth changes to protect whistleblowers and ordinary citizens.

"The balance of power is beginning to shift," he wrote. "We are witnessing the emergence of a post-terror generation, one that rejects a worldview defined by a singular tragedy."

Though he made sure to emphasize that a great deal of work remains — "the right to privacy ... remains under threat" — he remained hopeful and optimistic about the future. While some have cautioned that the new USA Freedom Bill still carries dangers, others have declared it a "milestone."

He implicitly pats himself on the back — the rise of an "informed public," after all, is largely thanks to his work — but after two years on the run, the title of "traitor" thrown in his direction and a dim hope of returning to the U.S., this slice of victory is deservedly sweet, both for him and for us.