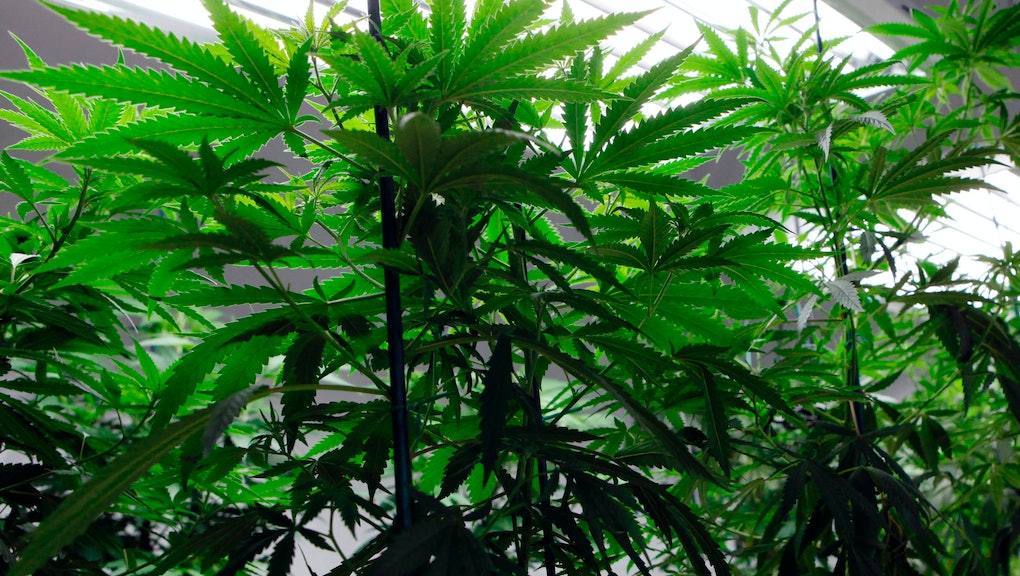 With the passage of a landmark bill in its House of Representatives late Thursday, Louisiana is poised to become the first state in the South to legalize marijuana for medical use. Gov. Bobby Jindal, a Republican expected to run for president in 2016, said last week he would sign the legislation if it reached his desk.

"Our view on medical marijuana was it had to be supervised and had to be a legitimate medical purpose and this bill meets that criteria," Jindal told reporters on May 28, while state legislators were still debating potential amendments.

If the governor is true to his word, Louisiana will become the 24th state, in addition to Washington, D.C., to make marijuana available to patients for medicinal purposes.

Just one catch: Legalization advocates, though broadly pleased with the state's decision, have expressed concern about one key provision in the bill. Unlike in traditional medical marijuana laws, Louisiana's version requires patients to obtain a prescription for the drug. In the other 23 states and D.C., they are only asked to provide licensed distributors with a formal statement of "recommendation" from their doctors.

Robert J. Capecchi, the deputy director of state policies at the Marijuana Policy Project, told Mic on Friday he's fearful the distinction could render the legislation impractical, as physicians are banned under federal law from prescribing marijuana, which is logged as a Schedule I drug with no medicinal value under the Controlled Substances Act of 1970.

"This recommendation," he said, "is protected speech under the First Amendment, then serves as the evidence that a doctor has examined the patient, determined that he or she suffers from a qualifying condition, and that the patient would benefit from using medical marijuana in adherence to state law."

Only a change in federal law, through an act of Congress, or a radical reordering of federal enforcement policies across a number of agencies, like the FBI, the Food and Drug Administration and the Drug Enforcement Administration, would reduce the risk and uncertainty soon to face doctors in Louisiana.

People power: For Jindal, signing the bill into law is a political no-brainer. The conservative presidential hopeful is not very well-liked in his home state. Recent polling shows him with just a 27% approval rating statewide. Medical marijuana, on the other hand, is extremely popular.

A 2014 survey conducted by researchers at Louisiana State University found that 79% of residents favored legalizing medical marijuana, with just 19% opposed. Those numbers are nearly identical to the national figures, which, according to a poll commissioned by nonpartisan think tank Third Way, found 78% of Americans in support and 18% disapproving.

The sanctioned use of medical marijuana has very quickly become one of the least controversial policy debates in American politics. There are very few issues as likely to unite voters from across the ideological spectrum. As the gap continues to close, these decisions will become much easier for elected officials, who are finally shaking off a decades-old reflexive opposition to legislation that would loosen access or scrap prohibition.

For all its flaws and potential traps, the Louisiana law represents a major step forward for legalization activists and the millions of patients who stand to benefit from a new treatment option.