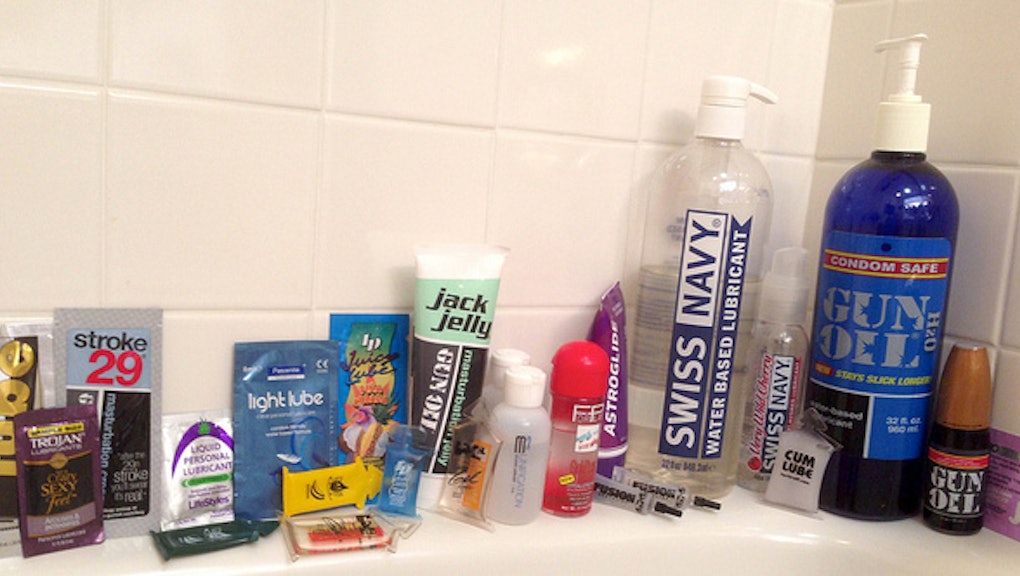 If pop culture is to be believed, having successful, safe and pleasurable sex is as easy as one, two, penetration. And preparing for it? That's as easy as, well, doing absolutely nothing at all.

Problem: This is bullshit.

"Gay sex, when it appears in mainstream media, is often done poorly, whether out of ignorance or reluctance to get into the lubey details," he writes.

The "lubey details," of course, refer to the unsexy act of jumping out of bed before getting busy to grab the lube, and applying (and often reapplying) it generously throughout.

But in omitting that one detail, some young men grow up confused. In his essay, Sherman shares that his first-ever sexual experience suffered because his main impression of gay sex at that point had come from an iconic scene in Brokeback Mountain, in which Heath Ledger's character was able to penetrate Jake Gyllenhaal with nothing more than a grunt and a dab of saliva.

Lube is only one piece of the underrepresented sex-prep puzzle. Simply being clean enough for sex is another important concept rarely talked about, despite the fact that many people have questions about sexual hygiene, and a number of receptive sexual partners who prefer to not engage in the act without using an enema or at least taking a shower first.

Should the burden be entirely on pop culture to teach us how exactly to strike a balance here? Of course not. If anything, Hollywood's misleading depictions speak to an even stronger need for realistic and gay-inclusive sex ed in school curriculums. Only nine states are currently required to offer LGBT-inclusive sex education; eight states actually boast prehistoric sex ed policies that prohibit educators from "advocating" homosexuality.

In the meantime, while the sex education system fumbles to get its shit together, representing sex more realistically in Hollywood could go a long way. In turn, while we wait on Hollywood, we can spread the Gospel of Lube.