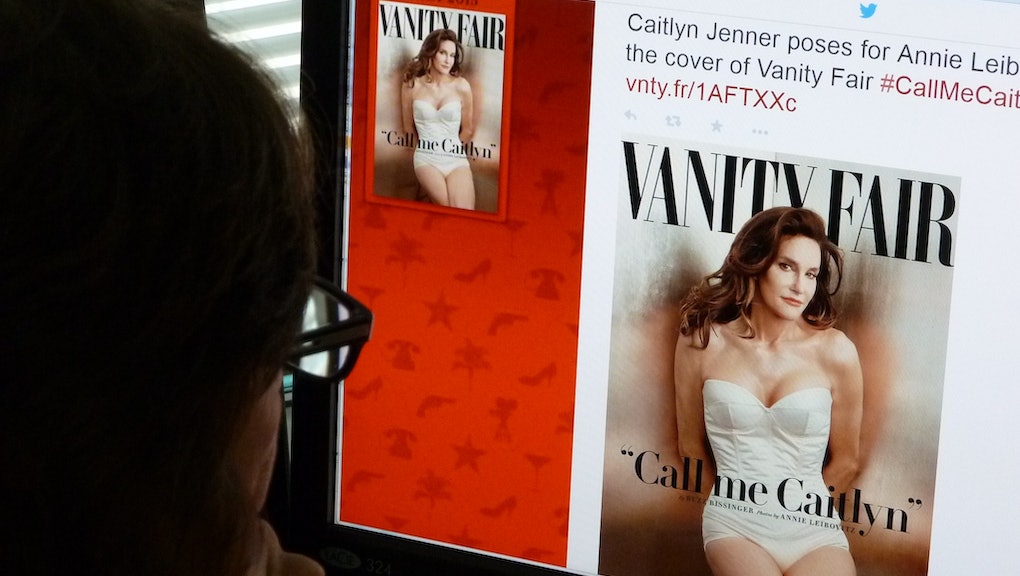 South Carolina Sen. Lindsey Graham just became the first major Republican candidate for president to say he would accept Caitlyn Jenner as a political ally, making a call for GOP inclusivity in an interview with CNN host Dana Bash on Sunday's edition of State of the Union.

Graham, a traditional social conservative, made the remarks while fending off a question from Bash on whether his party should appeal to the transgender community in light of the recent revelation that Jenner is a Republican. While he didn't exactly roll out the red carpet for Jenner, Graham nonetheless refused to criticize her trans identity and said he would happily accept her vote.

What he said: "I haven't walked in her shoes. I don't have all the answers to the mysteries of life," Graham said during the interview. "I can only imagine the torment that Bruce Jenner went through. I hope he's — I hope she has found peace."

"I'm a pro-life, traditional marriage kind of guy, but I'm running to be president of the United States. If Caitlyn Jenner wants to be a Republican, she is welcome in my party," he added.

During other parts of the interview, Graham defended his socially conservative views but suggested that as president he would be willing to prioritize other issues.

"Understanding what you're getting with Lindsey Graham: I'm pro-life. I believe in traditional marriage without animosity. The courts are going to rule, probably in June, about traditional marriage. I will accept the court's decision. I will proudly defend the unborn. But if we can't agree on abortion, let's talk about taxes. We're literally all in this together," claimed the senator.

Believe it or not, Graham is taking a risk: Other Republicans have been far less accommodating than Graham.

Just a few days ago, right-wing radio host Rush Limbaugh took to the airwaves to tell his millions of listeners that LGBT people have "a very serious problem, and they need treatment," warning that the media is portraying social conservatives as "the new weirdos, the new kooks, and that is part of the political objective here in normalizing all of this really marginal behavior."

The Washington Post described the reaction of other social conservatives to the widespread acceptance of Jenner as "apocalyptic." According to the paper, Reagan official Bill Bennett said Americans were being "dragged kicking and screaming" towards LGBT acceptance, while Arkansas Gov. Mike Huckabee mocked trans women as simply trying to get into the girls' locker room. In early May, fellow Republican candidate Rick Santorum briefly appeared to accept Jenner's identity as a woman, but then tried to take it back.

While this grudging move towards acceptance by Graham might seem half-hearted, the popular resentment of liberal social ideas could prove a major factor during primary race involving 10 or more other candidates. Still, Graham is already polling quite poorly, so capitalizing on Jenner's spotlight might be part of his motivation.

Either way, it is becoming obvious that Republicans won't simply be able to shove this cork back in this bottle. They will have to evolve, like Graham, or double down on an increasingly unpopular social agenda.