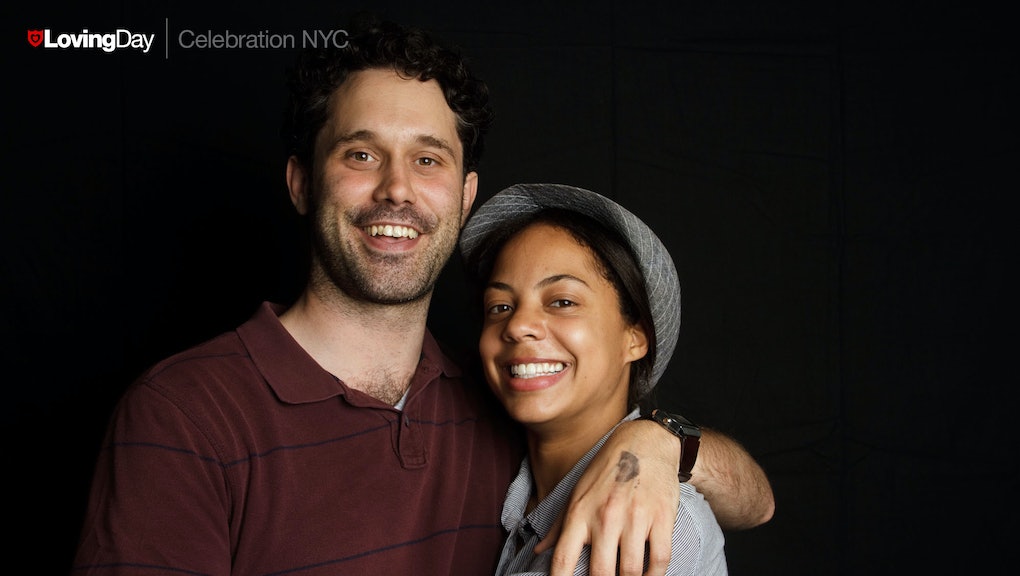 Until the late 1960s, it was illegal for interracial couples to marry in most states across the U.S., but that changed  June 12, 1967, when the Supreme Court ruled in favor of the fittingly named Mildred and Richard Loving, effectively and rightfully declaring that love can, should and does transcend race. This landmark Loving v. Virginia ruling is commemorated on Loving Day, which falls on June 12 each year, to teach others about this significant legal decision.

"Loving Day exists to fight racial prejudice through education, and to build multiethnic community," Loving Day organization's founder, Ken Tanabe, told Mic. Tanabe started the tradition after realizing how many people — including many interracial couples and multiethnic children like himself — weren't educated about or aware of the significance of Loving v. Virginia.

"I wanted to do something to educate people about it, but also to build a sense of community for people who never had that experience," Tanabe said. "I hosted one little event in 2004, and now there are events in dozens of cities around the world."

As it turns out, the 13% who disapprove of interracial relationships may be the minority, but they're often a vocal one. Just last month Philippa Okoye, wife of National Football League player Lawrence Okoye, recently sued the investment firm at which she worked after a coworker told her he thinks it's "disgusting when white women go out with black guys," the Daily Mail reported.

But this highly publicized example is hardly the only instance of lingering intolerance.

"My ex-husband is Caucasian and we were married in the late 1980s," Geraldine Buchanan, a Loving Day supporter and event volunteer, told Mic. "Although we lived in New York City, not everyone was tolerant. In fact, my former mother-in-law didn't attend the wedding or speak to me for many years. She met her only grandchild, our son, when he was almost 3 years [old], and it was after my ex-husband and I divorced."

And the intolerance Buchanan, and so many others, face is hardly confined within families. "Most people of color never think that we are together," she told Mic, adding that many think Buchanan is only with her husband because "they assume all Caucasian men are wealthy" and accuse her of "diluting the race, selling out or lowering myself by being married to a Caucasian." Others assume Buchanan's husband is only with her based on hypersexualized stereotypes of women of color, she said.

Even when they don't face blatant discrimination or insulting assumptions about the dynamics of their relationship, plenty of interracial couples still feel marginalized by a dominant culture that prioritizes representations of same-race couples.

"Many multiethnic couples and people have never had the experience of being the majority in a space," Tanabe said. "They've never felt that sense of community, and don't realize that it was missing from their lives until they found it." Loving Day may be changing that, though: It is currently the world's largest network of multiethnic community celebrations, Tanabe said.

Despite these obstacles, Tanabe and Buchanan are focusing on the future. "We think that the Loving decision and related history should be common knowledge, kind of like Brown v. Board of Education or the Rosa Parks story," Tanabe said.

And if anyone can make this knowledge and acceptance happen, Buchanan noted, it's millennials, who she said she believes "are the best generation because they have been raised with less prejudice than other generational groups," she said. Millennials, she added, "have the unique experience to really get to know their significant other with the love and support of their families."

Tanabe, Buchanan and countless others around the world will celebrate this hope and love on Friday. As Tanabe said, "It's deeply meaningful to have something that connects us, even for a day."