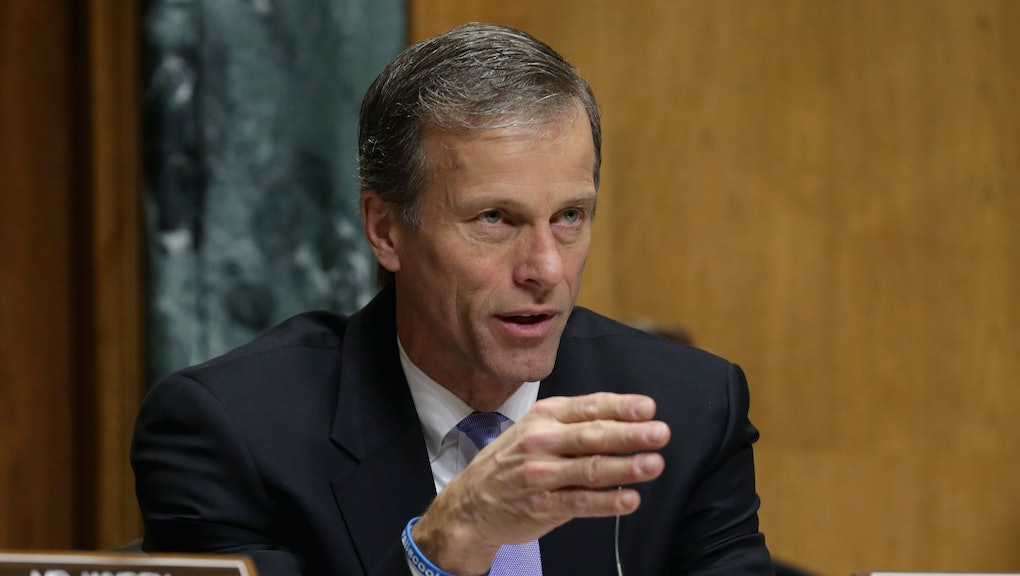 The Republican Party's long argument against Obamacare has come to its logical conclusion.

Thune's message was instantly met with a flood of derision, but its absurdity might not be so readily apparent to anyone who hasn't followed the back-and-forth over Obamacare closely. Why is this tweet so ridiculous? Let's unpack it in six easy steps:

1) Thune is correct in saying an estimated 6 million Americans are currently at risk of losing health care subsidies provided by the federal government through the Affordable Care Act, also known as Obamacare. Without that aid, the insurance plans they have been compelled to purchase through the Affordable Care Act law would no longer be affordable.

2) Thune is also accurate in stating, "[President Obama] continues to deny that Obamacare is bad for the American people." That's a double negative — hardly the foremost linguistic crime here — but it boils down to: "President Obama says Obamacare is good." Correct again.

3) Why are those 6 million people are at risk of losing their subsidies? Answer: Because of a pending Supreme Court case.

4) What case? It is called Burwell v. King. At stake is whether the federal government can provide subsidies for insurance costs to people in states that chose not to create their own healthcare exchanges. The Republican-backed, conservative plaintiffs argue that the law, as written, does not give the federal government this power.

5) If there was no Republican-backed, conservative challenge to the law, 6 million people would not be in risk of losing their subsidies.

6) Furthermore, the Republican-controlled Congress — of which Thune is a member — could easily pass a law guaranteeing that those 6 million people will be able to keep their current subsidies, regardless of the Supreme Court decision. (They will not.)

So, pick your metaphor — there are so very many floating around on Twitter right now — and we'll pick ours:

With his tweet, Thune is, essentially, complaining about the lack of lifeboats on a ship he and his colleagues are desperately trying to torpedo. Thanks, Obama!