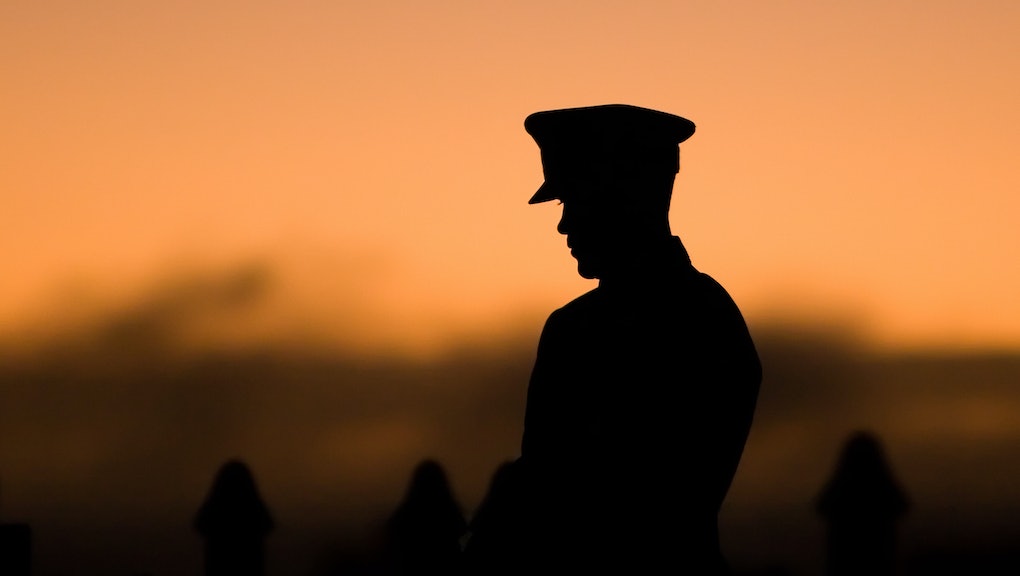 How MDMA Could Piece Back Together Lives Shattered in Iraq

Whatever straw broke the camel's back for Chaplain Maj. Carlos C. Huerta broke hard in 2010, five years after he last left the battlefield.

"Maybe it was the young soldier, a mother of two who was just redeployed, who I watched cut down after she hanged herself weeks after returning from battle earlier," Huerta wrote on the Army's website. "Maybe it was because it was the same time of year when my uniform was covered with the blood and brains of a 6-year-old Iraqi child who was caught in an IED during Ramadan."

Huerta had a panic attack, sudden claustrophobia, felt isolated from his family. "I got to be good friends with Jim and Jack," he said. "You may know them as Mr. Beam and Mr. Daniels."

He had post-traumatic stress disorder, a psychological condition that affects up to 5.2 million adult Americans at any given time. People with PTSD have often lived through horrible events like war, physical trauma or sexual assault, and are unable to cope. Seeking treatment was hard, Huerta wrote, because being afflicted with a psychological disorder seemed dishonorable when others had been maimed and killed (a military mentality that stretches back from Patton to the ancient Spartans).

Like other veterans with PTSD, Huerta wanted to come home. But treatment of PTSD is notoriously difficult, with less than half of patients responding to existing medication and treatment.

Yet there's a revolutionary solution in the works: In Santa Cruz, California, the Multidisciplinary Association for Psychedelic Studies is busy researching a drug that "could be the most effective treatment for PTSD we've ever seen," Brad Burge, director of communications and marketing, told Mic.

The drug, which has been banned since 1985 in the U.S., is 3,4-methylenedioxymethamphetamine, better known as MDMA or Ecstasy. Three decades ago, the Drug Enforcement Administration labeled MDMA a Schedule I drug, meaning it has high potential for abuse, cannot be used in medicine and is dangerous to use.

But MAPS believes MDMA will be approved by the Food and Drug Administration for use as a psychiatric treatment for PTSD by 2021, and they have stunning numbers to point to from three completed studies and five ongoing ones.

In MAPS' first Phase 2 study, Burge says 83% of 19 patients who received two MDMA-assisted psychotherapy sessions "no longer qualified for PTSD following treatment, compared to 25% of those who received placebo."

The 19 subjects, mostly female survivors of sexual violence, had PTSD for an average of 19 years and all had tried other pharmacological options. In long-term follow-up sessions, the researchers found that the improvement in symptoms lasted for around 3.8 years.

When veterans took the MDMA, Burge says, they were able to come to terms with "violent acts of war" they had witnessed and/or participated in during brutal conflicts overseas. The MDMA didn't magically eliminate their guilt, but instead helped them come to terms with their past and live in the present.

"One U.S. Army veteran, who dropped out of our study after just one MDMA-assisted psychotherapy session, immediately quit his VA-prescribed opiate painkillers, quit drinking and became an advocate for better PTSD treatments for veterans," Burge said.

"Another former subject, a U.S. Marine from Kentucky who found himself deployed in the most horrific scenarios in the Iraq invasion, recovered completely from his suicidal PTSD and became an artist and an incredible loving father."

How it works: MDMA stimulates the brain to release massive amounts of serotonin, the neurochemical responsible for maintaining mood balance. It also releases other neurotransmitters such as dopamine and norepinephrine.

The resulting subjective experience is often compared to amphetamines, except it's accompanied by intense feelings of euphoria and empathy. MAPS' studies aim to take advantage of the pliability of a brain on MDMA by having a therapist guide the patient through the experience in a way tailored to their needs.

Burge said the primary advantage of using MDMA to treat PTSD is it only requires a few, short treatment sessions to achieve lasting effects. He said the potent "fear-reducing, memory-increasing, compassion-augmenting properties" of MDMA have rapidly acting psychiatric effects.

In 1985, DEA administrator John C. Lawn told the New York Times, "MDMA abuse has become a nationwide problem and that it poses a serious health threat." But one recent study on MDMA's potential utility treating autism noted "more than 1,133 research subjects" had taken MDMA as of November 2014, with only one report of serious adverse health problems, which ended as soon as the drug wore off.

Research conducted by the U.K.'s David Nutt has indicated  MDMA is actually one of the least harmful drugs to society at large, even when adjusted for rates of lower use. Now, even the DEA has signed off on recent research involving Ecstasy.

The need for effective PTSD treatment is urgent: According to Psych Central, the National Comorbidity Survey estimates the lifetime prevalence of PTSD at about 7.8% of all adult Americans. That's tens of millions of people who will have significant trouble overcoming a traumatic event in their lives, be it serving in a theater of war, being the victim of a violent crime or sexual abuse or living through a terrible tragedy such as a major vehicular accident or disaster.

The Department of Veterans Affairs says estimates of lifetime PTSD prevalence have varied from as high as 30.9% among male veterans of the Vietnam War to as low as 12.1% to 13.8% among veterans of the Gulf War, Operation Iraqi Freedom and the War in Afghanistan. But these numbers may be misleadingly low, as other reports have indicated that as many as 30% of all post-9/11 veterans treated by the VA fit the symptoms of PTSD.

Alarmingly, PTSD wipes out as many soldiers as guns, bombs and shrapnel. According to recent research by the National Institute of Mental Health, active-duty veterans of post-9/11 wars have suicide rates 50% higher than the general civilian population. By some estimates, 8,000 veterans end their own lives each year.

These men and women who put their lives on the line for the U.S. military aren't getting the help they need. A 2014 Institute of Medicine-published report concluded a mere 53% of veterans who received a primary diagnosis of PTSD received the recommended eight psychotherapy sessions within three and a half months. That report also concluded Department of Defense treatment programs were "adhoc, incremental, and crisis-driven with little planning devoted to the development of a long-range, population-based approach for this disorder."

PTSD also afflicts many people who have been victimized by sexual assault or physical abuse. One 2000 study concluded 17% of psychiatric patients with such history met the clinical DSM-IV criteria for PTSD.

Why you should care: Just a few short years ago, MDMA's potential to affect lasting change in patients' lives was entirely suppressed by the DEA's draconian policies toward psychedelic research.

Indeed, those policies — which include major restrictions on who can study the drugs and when, as well as delaying medical access for years while fast-tracking new bans — are still a major drag on the scientific method. Burge said the "main disadvantage MDMA-assisted psychotherapy has at the moment is that it has been historically stigmatized and all our funding for the research has still come from individual donors and family foundations."

But the increasing weight of evidence points to a singular conclusion: A banned club drug holds the secret to bringing people like Maj. Huerta home, and keeping them there. The kind of research MAPS is doing on psychedelic drugs is a look at a future where lives shattered by war overseas or by abusers at home can be pieced together again.