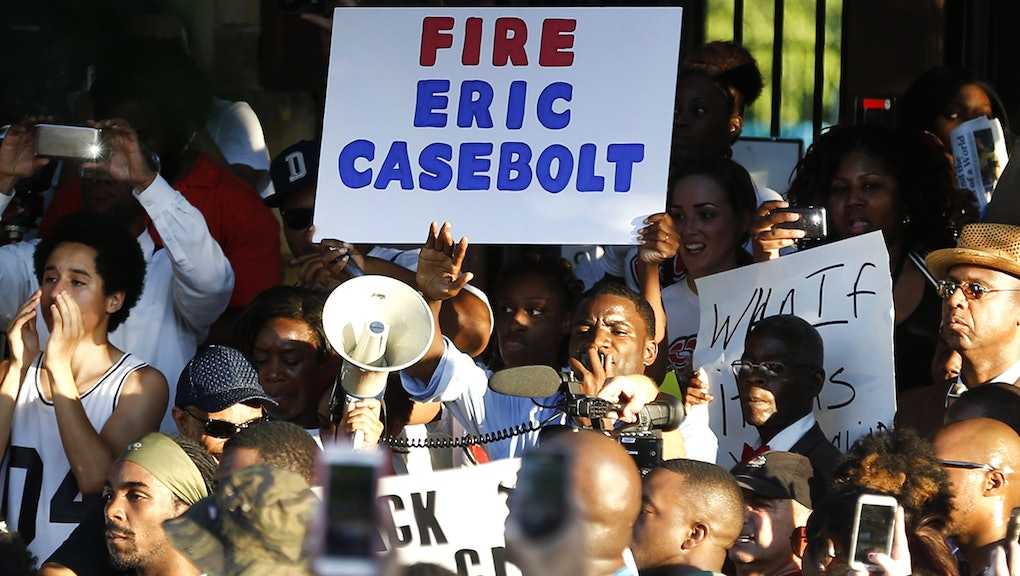 After a groundswell of nationwide criticism, the McKinney, Texas, police officer involved in the disturbing video shown using excessive force against a black teenage girl in a bikini at a pool party resigned from his official duties Tuesday, a Dallas Fox News affiliate reports.

Police on Friday were responding to calls for the Craig Ranch North Community Pool in McKinney, Texas, near Dallas, where a local resident was throwing a party. McKinney police Cpl. Eric Casebolt was captured in the video shoving 15-year-old party guest Dajerria Becton to the ground and then pulling a weapon on bystanders after a police presence was requested at the pool.

Casebolt was initially placed on administrative leave, but Monday during a demonstration following the national attention on this Dallas suburb, Becton told KDFW-TV, "Him getting fired isn't enough," the Dallas Morning News reports.