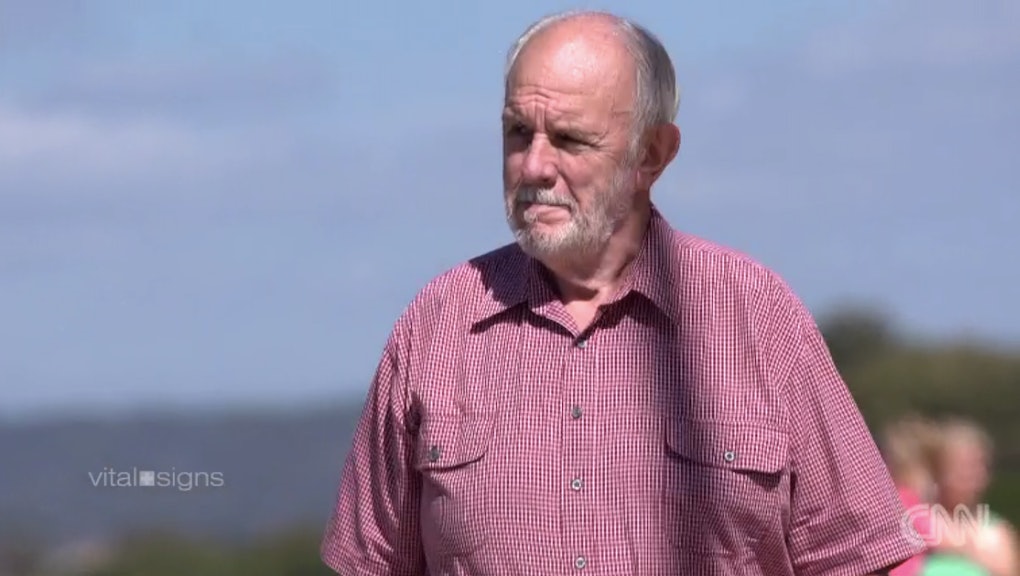 He doesn't make headlines or go viral in YouTube videos, but over the last 60 years, the Australian septuagenarian has been credited with saving the lives of two million babies. Harrison accomplished the feat over the course of his life with the simple act of giving blood, CNN reported.

The blood, or more specifically plasma, in Harrison's veins is not merely A, B or O but also contains a rare antibody for Rhesus disease. The disease occurs when a pregnant mother's blood is rhesus-negative and the fetus's blood is rhesus-positive, a trait inherited from the father. When this mismatch happens, the pregnant woman's blood antibodies will attack the fetus, potentially resulting in brain damage or death.

"In Australia, up until about 1967, there were literally thousands of babies dying each year, doctors didn't know why, and it was awful," Jemma Falkenmire, of the Australian Red Cross Blood Service, told CNN. Australian doctors used Harrison's blood to develop an injection known as Anti-D, which over the decades has saved millions of lives, including that of his own grandson.

Today, he's known as the "man with the golden arm"; few have ever been more deserving of their nickname.

Harrison's story is incredible and something of a medical marvel, however, the fact that an entire nation's supply of a lifesaving drug is entirely dependent on one donor is also somewhat disconcerting. Now 78, Harrison can legally only donate blood in Australia for three more years. While the lifesaving antibody that flows in his veins is relatively rare, there are an estimated 50 others in Australia alone who are known to also carry it.

"He will have to retire in the next couple years, and I guess for us the hope is there will be people who will donate, who will also ... have this antibody and become lifesavers in the same way he has, and all we can do is hope there will be people out there generous enough to do it, and selflessly in the way he's done," Falkenmire told CNN.

Harrison's lifelong selflessness shines a spotlight on a global problem. According to data from the American Red Cross, in the U.S, someone needs a blood transfusion once every two seconds, which requires some 41,000 blood donations daily. A single car accident patient can require 100 pints alone. Yet despite the need, the Red Cross has persistently reported blood shortages over the years, at times even forcing the cancelation of medical procedures across the country.

For those who are eligible, few things in the world are easier than donating blood. James Harrison has managed to comfortably do it for decades. Some blood, like his, will admittedly be more valuable than most, but all has the potential to save a life.