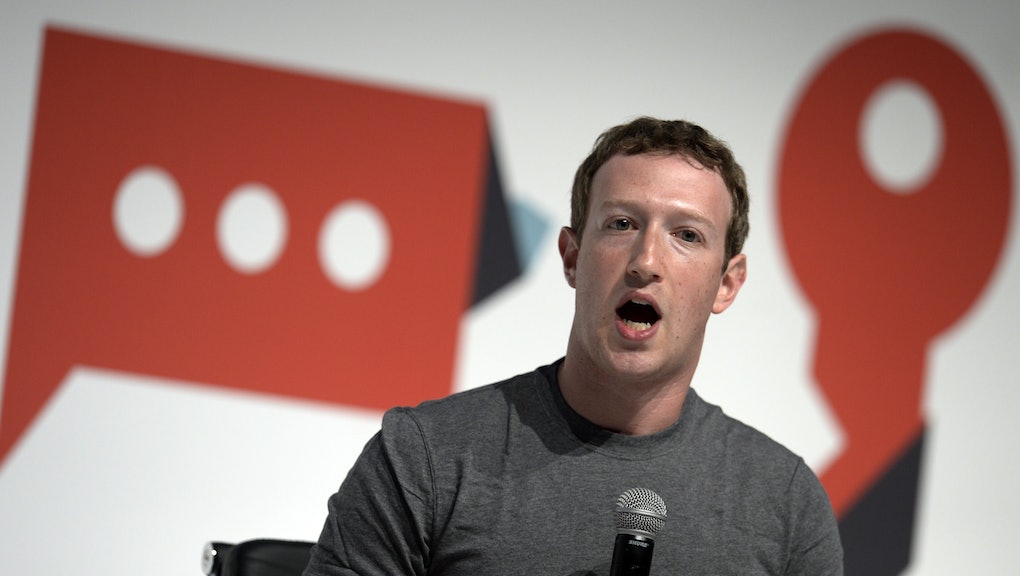 Facebook's Biggest Plan to Change the World Has Reportedly Failed

The rumored Facebook satellite tasked with bringing Internet access to developing countries is stopped dead in its tracks.

A report from the Information, which cites two unnamed Facebook sources, says the satellite, which could have cost up to $1 billion (another report says $500 million), was too expensive.

It was arguably Facebook's most ambitious mission yet: offer Internet access to countries with poor or even government-censored connectivity. How? Through Wi-Fi drones; the recent release of Facebook Lite, which is functional in less-than-ideal network conditions; and the low-cost Internet solution Internet.org.

According to the Information, Facebook may opt instead to rent space on someone else's low-orbit device, which would open the door for another ambitious, zany entrepreneur to corner the market.

Shortly after the release of the Information's report, Tesla founder Elon Musk asked the federal government permission to launch a network of 4,000 small satellites into space to provide Internet access to populations in developing countries.

The social network did make one big announcement Tuesday, but it wasn't about the satellite. Facebook released Place Tips, a service that lets businesses like coffee shops know when Facebook-connected smartphones are nearby so it can send them updates and messages.