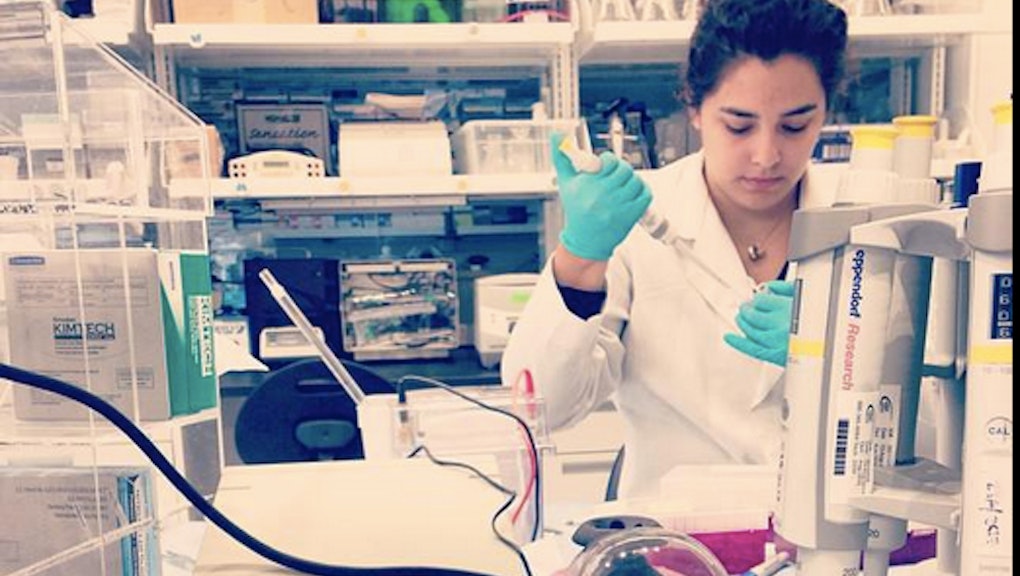 These #DistractinglySexy Photos Are Perfectly Shutting Down Sexism in Science

72-year-old British Nobel laureate Sir Tim Hunt has a distinct opinion about female scientists' role in the lab: Namely, that they are distracting, emotional and shouldn't work alongside men.

His blatantly sexist attitude inspired the usual outrage, but the folks behind the Vagenda took a different approach: They asked women in the science and tech fields to share images that prove just how distracting trailblazing female scientists really are using the hashtag #DistractinglySexy.

The resulting tweets — full of images of brilliant women who have done and continue to do important work in science, technology, engineering and math fields — prove just how ridiculous Hunt's comments are.

Hunt's comments add to an unfortunate legacy of sexism in STEM. A 2012 Yale University study found an unconscious gender bias in job candidate evaluation; a much broader 2014 study concluded that male postdoctoral students were 90% more likely to be mentored by Nobel laureates than their female peers. Women of color fare even worse in the field: One horrifying 2015 study found that 100% of women of color face bias in the field.

Yet STEM fields are especially promising for women, as those who pursue them earn about a third more than their female peers in other fields and have smaller wage gaps relative to men, according to the U.S. Department of Commerce. Yet, according to Microsoft, only 2 in 10 of girls actually pursue science-based careers — likely due to such negative attitudes as the ones Hunt has perpetuated.

Efforts to not only make women in STEM visible, but to further make that visibility positive and inspiring, are therefore crucial. As these Twitter users are showing, female scientists aren't distractingly sexy — they're necessary and valuable additions to every lab. Tim Hunt just didn't get the memo.