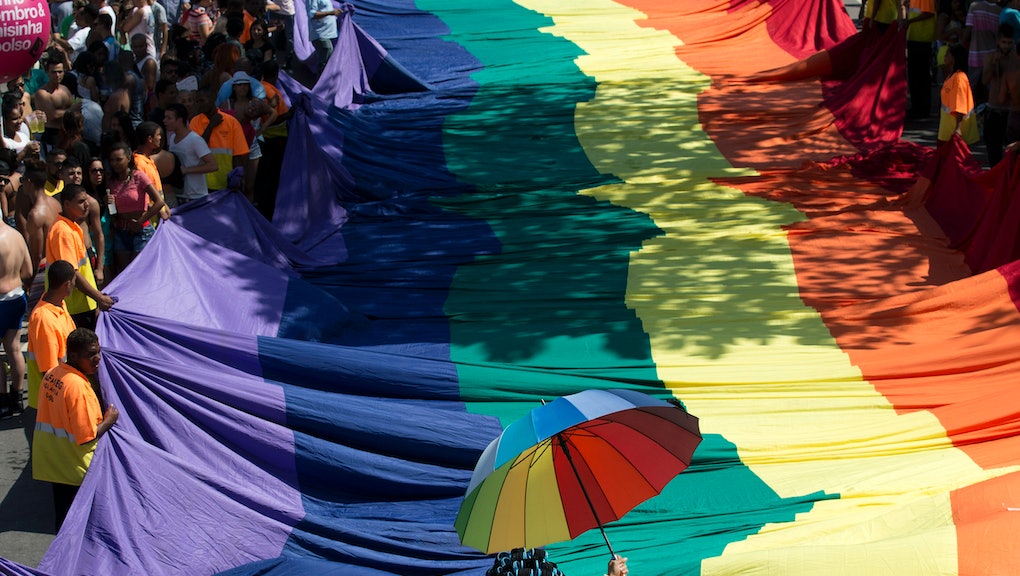 Every summer, LGBTQ individuals gather all over the world to celebrate their pride in their identities and community. They've been doing so for decades: The first official Pride event was held in June 1970 in commemoration of the previous year's Stonewall Riots, according to PBS.

Yet after 45 years of celebrations — and even after the entire month of June was declared LGBT Pride Month by President Barack Obama — it's clear that not everybody outside of the LGBTQ community fully understands how to be the best allies possible during these events.

Here's what everybody needs to know about Pride, according to some of those at the forefront of the movement.

Pride is more than a party.

Pride can and should be fun, but it's not just a frivolous celebration.

"I think a lot of people, straight and otherwise, see all the festivities and the drag queens and the scantily clad bodies at Pride festivals and assume that it's all about partying and frivolity and sex," R.J. Aguiar, of the YouTube series Not Adam and Steve, told Mic. "They either don't know or they forget that, at its heart, Pride is about celebrating the identities of people who have been told that they're weird, abnormal or wrong. It began as a way for marginalized people to gather together as a community and not just validate each other's identities, but to embrace them."

It's about commemorating history.

Pride commemorates the trailblazers and landmark victories that have pushed the LGBTQ movement forward.

"Pride has its roots in some of the oldest protests against anti-LGBT discrimination, from the riots at Stonewall and Compton's Cafeteria to the Annual Reminder protests outside Philadelphia City Hall in the 1960s," Adam Talbot of the Human Rights Campaign told Mic. "For LGBT people, it's a moment to reflect on how far we have come and how far we still have to go."

Aguiar agrees. Pride has "become a way to honor the bravery and achievement of those who blazed the trail," he said. "The victories that we've enjoyed came as the result of decades of fighting, and Pride now gives us a chance to celebrate those victories and honor the people who helped make it possible, and who continue to stand on the front lines."

The best thing Pride-going non-LGBT people can do to be good allies, Talbot said, is "to have an understanding of that history — and to be willing to lend a hand to help in the fights ahead."

It's not just about gay men and lesbian women.

Many have noted that the gay rights movement has historically privileged white, gay men. Pride can often be no exception — but shouldn't be. Not only are trans and bi individuals, as well as queer people of color, crucial to the movement and deserving of equality within the movement as well as beyond it, but these individuals were also at the forefront of making Pride itself a reality.

"People often overlook the integral role that trans and bi people played in Pride's origination, from Stonewall to organizing the first official Pride events," Alexandra Bolles, a strategist at GLAAD, told Mic. "When we participate in Pride, we pay tribute to their contributions and dedication to the community."

It's not about the comfort or reactions of others.

Even if meant benevolently, Pride is not an event put on for the amusement or evaluation of those outside the LGBTQ community.

One of Aguiar's pet peeves at Pride is when non-LGBTQ identified individuals attend and then "proceed to act like they're in a zoo," making comments like, "'Wow, I've never seen this many gay people before!' Yeah, me neither. That's kind of the point," he told Mic. "You don't see me walking down the street gawking at every straight couple I see, so try not to act so surprised, Jane Goodall."

Even worse, Aguiar told Mic he's witnessed individuals attend Pride in order to denigrate other participants. "These people are trying to celebrate themselves, which is hard enough without you sitting there and clutching your pearls," he said. "Shut up and keep your negative thoughts to yourself. Better yet, leave them at home. Or even better, if you can't bring yourself to be open-minded, then don't bother going to Pride in the first place."

"At Pride, allies are essentially guests in the LGBT folks' 'home,'" Bolles told Mic. "Follow the lead of the people around you, listen to what your LGBT peers have to say, take part in the celebration — but remember it's first and foremost about LGBT people."