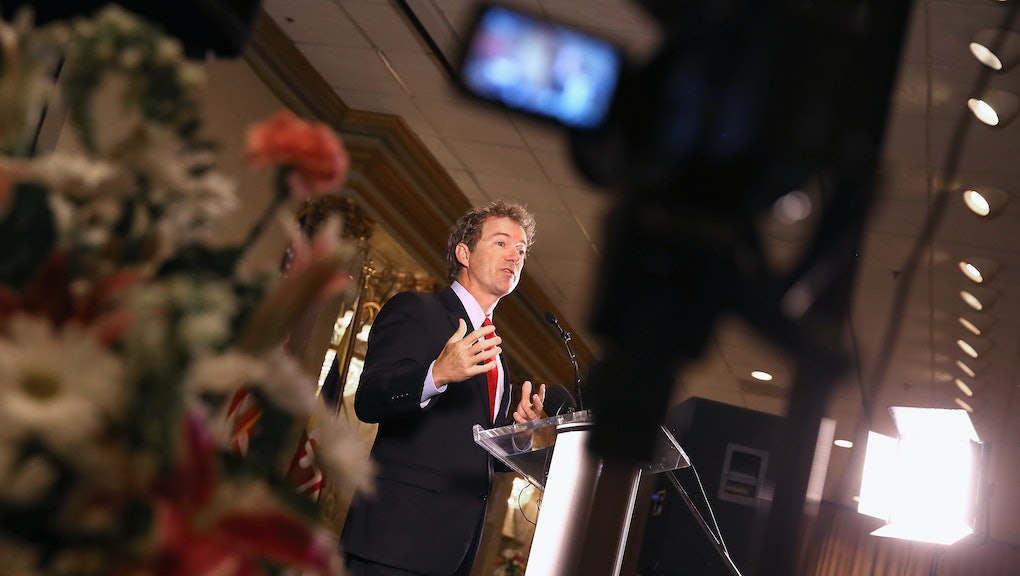 In 2010, a 16-year-old named Kalief Browder was arrested for allegedly stealing a backpack and sent to New York's Riker's Island jail to await trial. After three years behind bars, two of which were spent in solitary confinement, Browder was released without charge.

On June 6, he hanged himself in his parents' apartment.

Jennifer Gonnerman, who in April unearthed video evidence of Browder's abuse at Riker's, wrote in the New Yorker on Sunday about the physical and psychological trauma the teen endured, the paranoia it spawned and, ultimately, a young man's violent suicide.

On Tuesday night in Baltimore, Sen. Rand Paul, the Kentucky Republican running for his party's presidential nomination, tried to explain why Browder's terrifying ordeal matters. Because to some audiences, it's necessary to lay out the case. In Baltimore, just minutes from the epicenter of the riots that followed the death of Freddie Gray in April, his audience was the county Republican Party.

What Paul said: "I've been telling this story for about a year and a half, two years now," Paul said, referring to the Browder case, according to Bloomberg Politics. "It makes me sad. I thought about not telling the story again. But I think this young man's memory should help us to try to change things."

Paul has used the Browder story in the past to highlight the fractures in the criminal justice system. He has a way of talking about certain things that unnerves many in his own party. He spoke on Tuesday night about his own privilege, and how that shapes the way he views the world:

"This is me learning about how other people have to deal with life," Paul said. "This young man, 16 years old — imagine how his classmates feel about American justice. Imagine how his parents feel. Until we've walked in someone else's shoes, we shouldn't say we can't understand the anger of people."

It's not just Browder, of course. The mass incarceration of blacks in the U.S., often on trumped-up charges for nonviolent crimes, is another issue Paul has faithfully, persistently confronted. On Tuesday night, he let loose.

"Am I saying they did nothing wrong and it's all racism? No. What I am telling you," he said to that roomful of Republican donors and officials, "is that white kids don't get the same justice."

Larger than one case: The truth matters. The statistics are irrefutable. An estimated 1 in 3 black men will go to state or federal prison in their lifetime. White people are more likely to sell drugs than black people, but the latter are more likely to go to jail for it.

Paul is the only candidate in the Republican presidential field willing to diagnose the sickness. This is not the same as having an intelligent plan of treatment — on Tuesday, he suggested tax cuts as a remedy — but it is a start. If Paul can bring his party along and force its leaders to countenance what is readily apparent to so many Americans, his candidacy will have mattered, too.