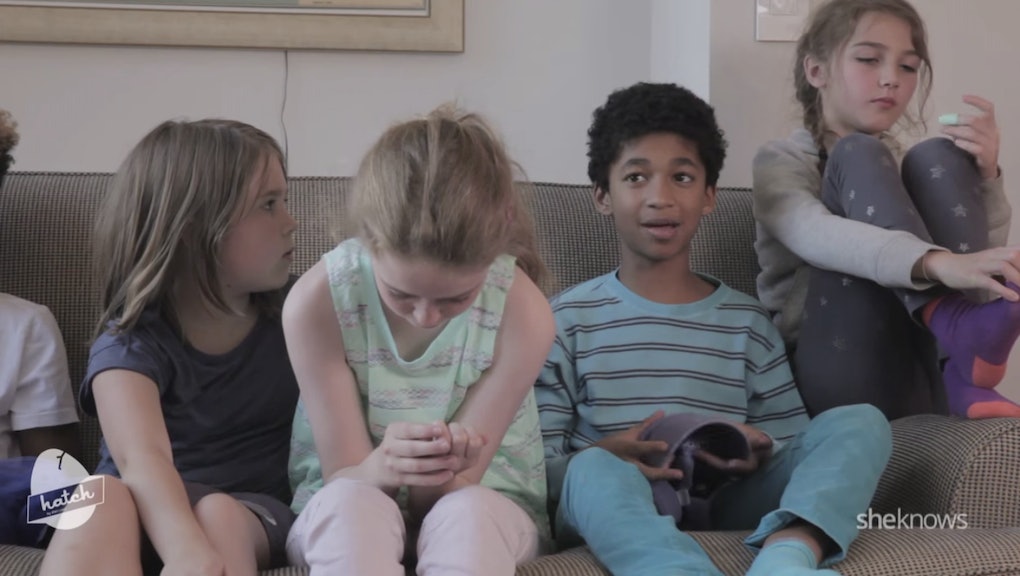 "Who she wants to be is who she should be."

Leave it to kids to have the smartest response to Caitlyn Jenner's transition.

As part of a response to the mixed reactions to Jenner's recently public journey, media group SheKnows created this video, which shows a group of children learning about Jenner and her transition, for the #BeYou campaign. The filmmaker showed the children two photos, first of Bruce and then of Caitlyn, and asked what they thought of each image. The children thought Bruce was "running" and had "really strong arms," while they said of Caitlyn, "I think she's happy," and, "she looks calm, confident."

Then they were asked, "What would happen if I told you that they're the same person?" Their responses were equally adorable, ranging from inquisitive to accepting.

But when the interviewer read positive and negative social media reactions to Jenner's transition, the children became especially insightful, sharing their supportive thoughts and commenting on society's fear of change.

Their responses show a distinct departure from previous generations' views of transgender issues, which have only entered the mainstream in recent decades.

The children each offer their own version of emotional intelligence, with one girl suggesting the negativity may stem from a combination of being overwhelmed and a lack of empathy.

A larger theme of acceptance — both of oneself and others — seems to inform the children's responses to Caitlyn Jenner and the world's reaction to her. One little boy reflects on the matter, concluding "it's important for you to be yourself."

Or, as this girl put it:

Jenner's decision to live as her authentic self appeared to generate strong, antithetical reactions, dividing the world in two. Some of the media mishandled coverage of her announcement, perhaps partially because she is one of the first high-profile celebrities to embark on a gender transition in such a public manner.

Despite the disheartening nature of trolls and Fox News' coverage (of anything), these children will likely negate any despair one has if the future looks like this.