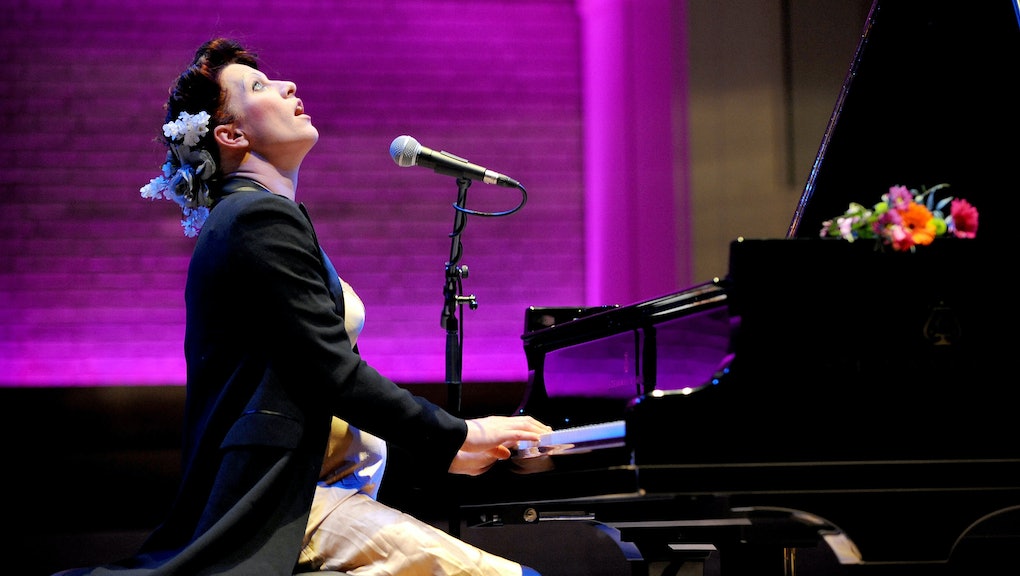 This New Crowdfunding Service Is Putting Kickstarter to Shame

Alex Woolfson used to work as a freelance video editor by day, editing footage for companies like Google and Yahoo. His passion, writing, was a side hustle, and he depended on Kickstarter campaigns to support his big projects, such as The Young Protectors, an LGBTQ-friendly comic about teenage superheroes.

"One of the challenges for me, as someone who tells gay stories, is that I don't have access to mainstream advertisers," Woolfson told Mic. "But even if the mainstream ad people think that people don't want to read gay comics, there still are people who can support that work."

Woolfson needed a way to go full-time without having to compromise his work. So he turned to Patreon. He's now making more than $7,000 every month from backers. He's got a robust budget to work with world-class pencilers and colorists from Marvel, whom he pays about $3,000. Book sales and convention appearances supplement his income.

"You can look at this money and think it's a huge payday," Woolfson said. "But at the end of the day, it turns into what it should be: a regular living."

Patreon is like Kickstarter, only for people. Podcasters, online show hosts, webcomic artists, musicians, bloggers and other creators can make a regular living by having their fans "subscribe" to them by making monthly payments. Who's the clientele? Depression Quest creator (and Gamergate target) Zoe Quinn, cartoonists Susie Cagle and Matt Lubchansky, and musician/Internet phenom Amanda Palmer all have Patreon pages.

Think of it like a paid subscription to a single, independent artist. On Kickstarter or Indiegogo, thousands of people can throw in tiny sums in order to actualize huge projects that would otherwise be impossible. How much you donate gets you different rewards.

Patreon works the same way, only the pledge amounts are generally smaller and paid monthly. It supports the kinds of artists who might have trouble making regular money in the Internet economy — artists who can build up an audience but don't have the resources to sell their work regularly. Patreon gives users a steady flood of funds, a paycheck artists can rely on.

Take Joel Watson, the Dallas-based cartoonist behind Hijinks Ensue and Sharksplode, who takes in about $1,700 a month from his Patreon. Watson is able to give himself a base income — he says it's about a third of what he makes every month — by providing his best fans with what would normally be byproducts of his work. That includes behind-the-scenes sketches, a liveblog of his creative process, a backlist of his ebooks and opportunities to spend some in-person time with the artist himself.

Watson still does freelance work, conventions and voice acting on the side to support his wife and daughter. But, he told Mic, "knowing that there's at least a mortgage payment worth of money that's going to be there without fail is a type of normalcy you usually can't obtain as an artist."

Modern creatives have to be serious hustlers. Traditional media industries like book publishing and the music business have seen cataclysmic shake-ups, and artists have had to be inventive about how they earn money and find multiple sources of income.

One paragon of this type of creative entrepreneurialism is Jack Conte, the creator of Patreon. Conte is part of the YouTube sensation Pomplamoose, a musical duo whose other member is his girlfriend, Nataly Dawn. A little over two years ago, Conte was working on a music video that cost him $10,000 to produce, which he expected would nab about 1 million views on YouTube. He knew those views would pull in only about $140 in ad revenue.

He launched Patreon in May 2013. Then a year ago, with 13 employees and a strong base of backers, he raised $15 million to expand the business. Now, Patreon is a growing company with 34 employees in a new San Francisco office.

Conte has always been transparent about how Pomplamoose uses a variety of sources of income to scrap together a living from their art. In a blog post that broke down the budget of their national tour — a 23-city adventure that actually lost them nearly $12,000 — Conte wrote:

We're entering a new era in history: The space between "starving artist" and "rich and famous" is beginning to collapse. YouTube has signed up over a million partners (people who agree to run ads over their videos to make money from their content). The "creative class" is no longer emerging: It's here, now.

We, the creative class, are finding ways to make a living making music, drawing webcomics, writing articles, coding games, recording podcasts. Most people don't know our names or faces. We are not on magazine covers at the grocery store. We are not rich, and we are not famous. We are the mom and pop corner store version of "the dream." If Lady Gaga is McDonald's, we're Betty's Diner. And we're open 24/7.

Living by the whim of the crowd: At least in the case of a Kickstarter, a pledge is a pledge once it's been paid. Patreon users have to please their customers regularly — Internet mobs can be unpredictable at best — though most Patreon backers aren't very demanding.

"The relationship is a hard thing to quantify," Michael, a backer who puts money behind a handful of artists, told Mic. "I have a hard time feeling like they owe me anything more for backing them. After all, it's a small amount each month so they continue to make the art I like. That's the reward for me."

The Internet is starting to flatten the walls between the general public and the Internet-famous.

Another backer, Lacee, told Mic that when she's shopping, she's shopping for the best rewards — which she calls "totally worth the investment," even though blogs posts and shout-outs aren't the kind of tangible good you might get as a Kickstarter backer. Still, the primary reason to back for her is generosity and support.

"I just want them to keep doing what they're doing, and show us how they do it," Lacee said. "Making relationships would be nice too, but I don't expect that much."

The Patreon users Mic talked to have been steady so far, but they've also become reliant on that regular money. Woolfson tried to do a little freelancing work in April, but just two days into it, he burned out and realized that his Patreon work had become a full-time gig. In Watson's case, he has a few high-tier backers who make up a large fraction of his income — one who pays him $100 a month and three who pay $50.

"If those four people quit, my income goes down a car payment," Watson told Mic.

Still, Watson is prioritizing his activities on Patreon over the conventions and freelance work. He's a believer in Kevin Kelly's theory of the "1,000 True Fans" — that you can make a living if you have 1,000 people who are willing to regularly invest in you. Now that the Internet is starting to flatten the walls between the general public and the Internet-famous, things like livestreaming, email lists and sites like Patreon are letting people find their 1,000.

"'Celebrity' is about a lot of people loving you from a distance," Palmer, who pulls in $32,000 for each Patreon creation, said in her TED Talk about the online tipping economy for artists. "But the Internet, and the content that we're freely about to share on it, [is] taking us back. It's about a few people loving you up close, and about those people being enough."