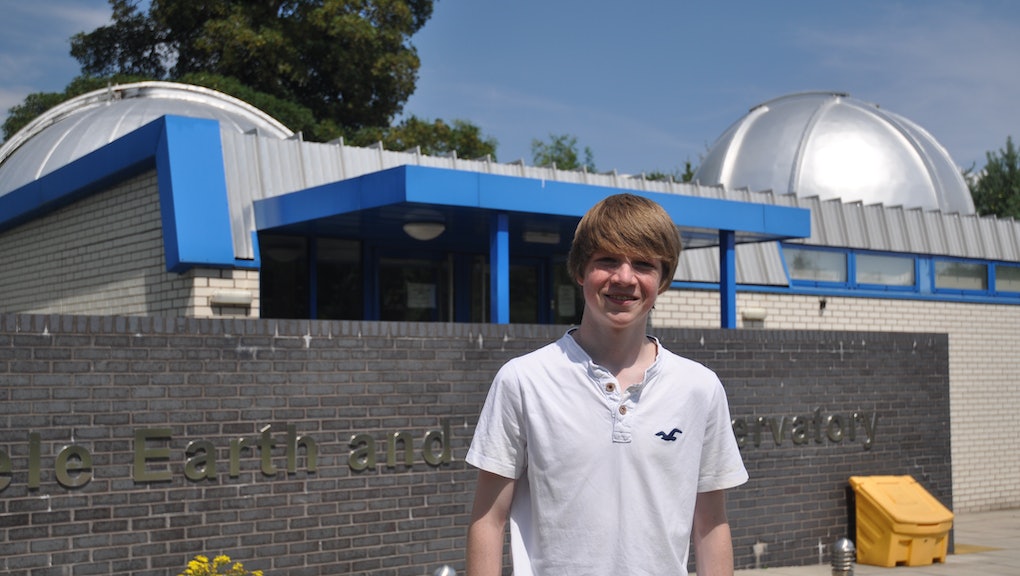 This 15-Year-Old Discovered a New Planet Just 1,000-Light-Years Away from Earth

Tom Wagg is probably walking with an extra swag in his step.

Scientists in Belgium and Switzerland recently confirmed the 17-year-old English high school student discovered a completely new planet, the Daily Mirror reported. Wagg first made the discovery when he was only 15, while spending a week at Keele University's astrophysics department. Wagg was reportedly glancing at data from a international space project when he noticed evidence of the planetary body.

"It's really exciting. I was amazed. It's definitely something you can tell people about," Wagg told the Mirror. "I'm hugely excited to have a found a new planet, and I'm very impressed that we can find them so far away."

Though the planet is 1,000 light-years away and invisible to both telescopes and the naked eye, Wagg was able to spot it after it passed in front of a star, causing a brief dip in the natural light.

The discovery makes Wagg one of the youngest stars in the field of planetary discovery, which has taken off in recent years. In 2014, scientists announced the discovery of another planet some 490 light-years away, known as Kepler-186f, that was noteworthy for its possible potential to support life. A little closer to home, scientists are abuzz at the possibility Saturn's moon Enceladus could have surface water and already harbor life.

As a growing number of scientists and studies warn that humanity may soon have to abandon Earth, Wagg's discovery could not be more timely. In April, Stephen Hawking told an audience in Australia humans would likely go extinct if they did not flee earth sometime in the next 1,000 years. According to the World Wildlife Federation, roughly 50% of all wildlife on Earth has vanished in the last 40 years, while the journal Science has predicted an imminent mass extinction for the planet, finding plant and animal life was declining at 1,000 times the rate of the time before humans.

While Wagg's still-unnamed planet is a relatively uninviting superhot ball of gas, the space real estate industry is even hotter. Dennis Hope of San Francisco has made millions selling real estate on the moon through his company, Lunar Embassy. The object formerly known as the planet Pluto is offered for a bargain-basement steal of $250,000.

But all speculation and joking aside, it's not every day someone discovers a new planet. The future of interstellar space travel requires humans have places to go when they do venture into the final frontier. Luckily, millennials (or in Tom's case Generation Z-ers) are leading the way forward.