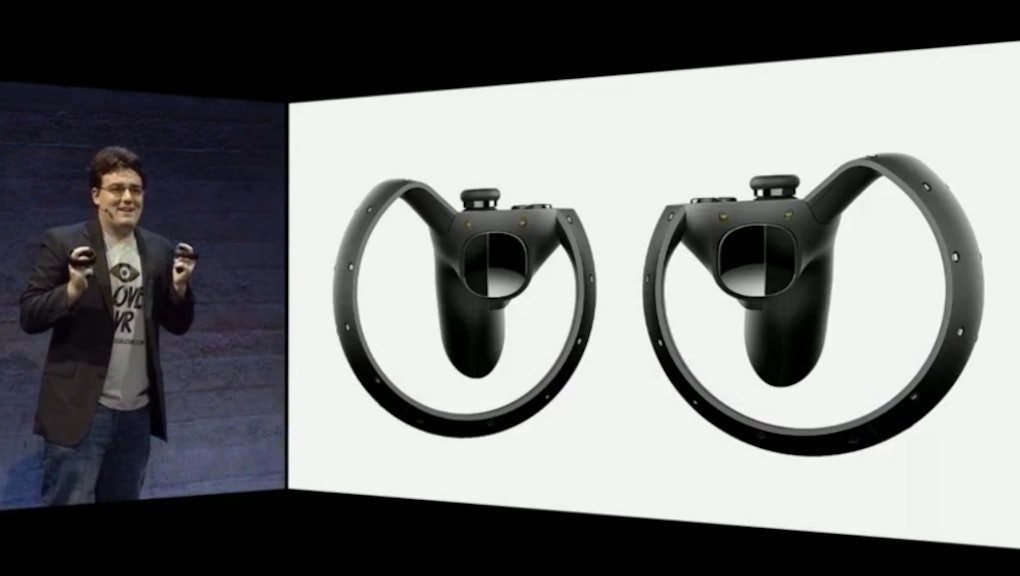 The headset is engineered to be light; it won't strain your neck if you play a massive, extremely long game like "EVE: Valkyrie." The sound system takes depth into account to make, say, a berserk dinosaur or killer robot get louder as it approaches.

Along with announcing the free inclusion of an Xbox One controller and a Windows 10 operating system with each headset, Oculus VR founder Palmer Luckey introduced Oculus Touch, handsets that give you realistic in-game hand movements.

"You need to be able to pick up a gun from a table and be able to fire it or throw it effortlessly, without even having to think about it," Luckey said, adding, "You can pull robots limb from limb."

Accoridng to Luckey, they're ergonomic and incredibly comfortable for long play periods. They mirror each other (just like real hands!) and can detect finger positions, like when you throw a weapon or give a thumbs-up.

In other words, Oculus Rift is the futuristic virtual reality system you always pined while watching sci-fi movies. And it's finally available in early 2016, though there's no specific retail date yet.