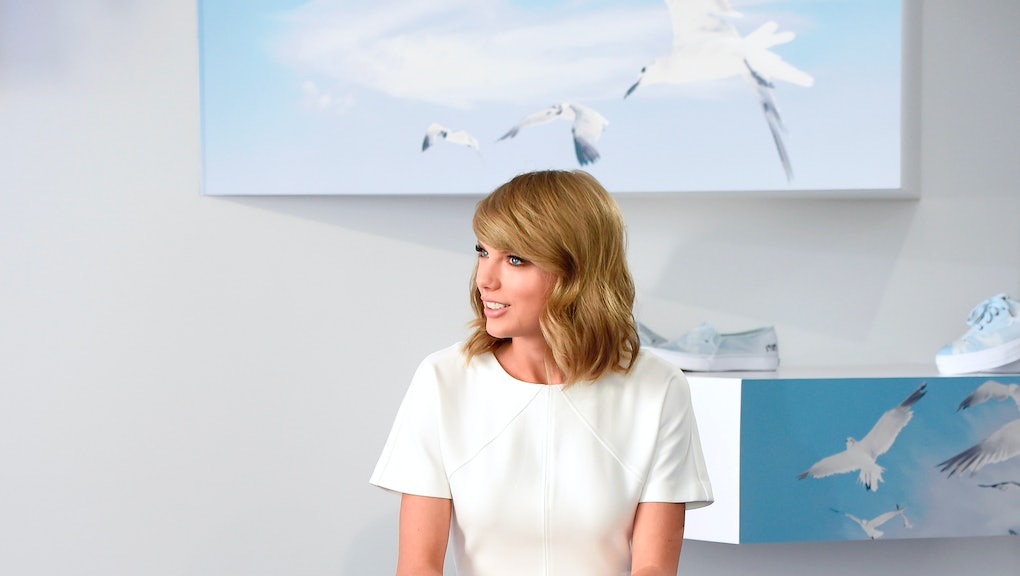 On Wednesday night, Taylor Swift did what she does best — swooped in and changed a life. She donated $15,000 to a Texas volunteer firefighter, Aaron Van Riper, with a family in need. When the firefighter received a call on Saturday to respond to a car accident, he discovered that the family in the car was his own. His wife and son had been in a crash, and were rushed to the hospital. His son has been released, but his wife is still in the hospital, according to Billboard.

Medical bills are mounting for Van Riper, so a friend set up a GoFundMe campaign to help with expenses. Swift found the page and donated $15,000 of the $100,000 that has so far been given towards the campaign's $125,000 goal. She signed the donation "Taylor Swift"; a source told BuzzFeed that it really was her.

Swift ex machina: This sort of gift is increasingly regular for Swift. In January, she sent one of her fans a hand-painted gift along with a $1,989 check to help her pay off student debt. In August, she threw a pizza party at her apartment for 20 of her biggest fans. And last April, she surprised a fan at her baby shower. Swift helps out her fans so often that they've taken to calling her random acts of kindness "Swiftmas."

Swiftmas likely isn't going anywhere anytime soon either. Her current 1989 tour has already grossed $17 million, according to Billboard, and it's only five dates in; the tour still has seven months to go. Her kindness is equal parts business acumen and genuine goodwill. At the start of her career, a colleague told her that "if she wanted to sell 500,000 albums, she'd need to meet 500,000 people," according to an interview with Pollstar. She's held fast to a mission of personal connection. This is an example everyone would do well to follow.