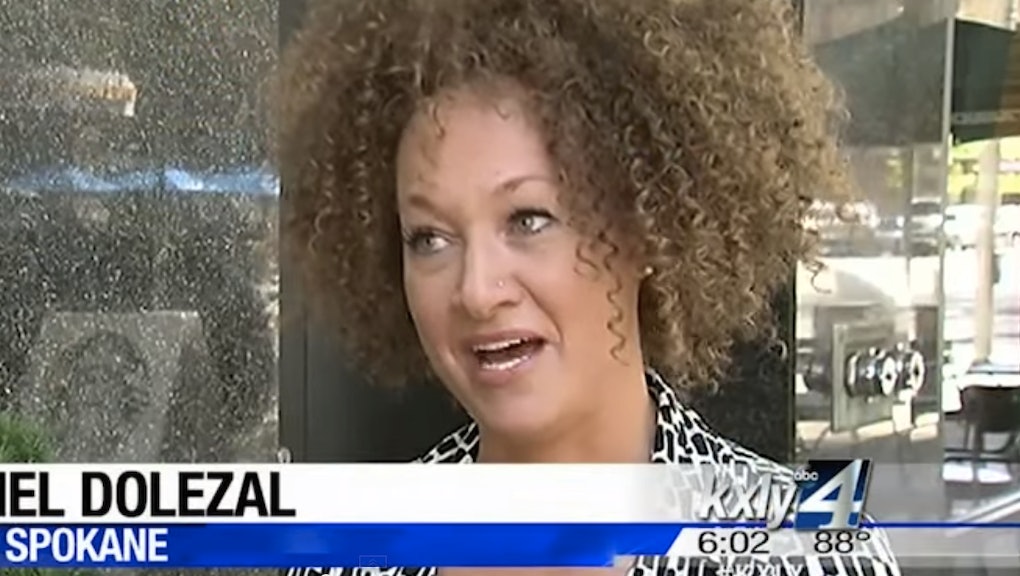 On Thursday news broke that NAACP president for the Spokane, Washington, chapter, Rachel Dolezal, is in fact white, despite portraying herself as a black woman. The discovery came after Dolezal claimed, as she'd done many times before, she'd been the victim of a hate crime. Her biological parents, a Caucasian couple, told reporters they didn't understand why she had been lying about her race.

"She's our birth daughter and we're both of European descent," Larry Dolezal, her father, told BuzzFeed News. "We're puzzled and it's very sad."

Shortly after the news broke, Twitter stayed true to form and erupted in a frenzy of debate. The term "transracial" quickly emerged and became its own hashtag. Some argued that if Caitlyn Jenner can claim she was born as a woman despite being biologically male, people can make an equally legitimate claim about their race.

However, the suggestion was not received well and, while the ensuing response can be funny, it reveals uncomfortable truths about race relations in America.

Three tweets that originally appeared in this article have been deleted.