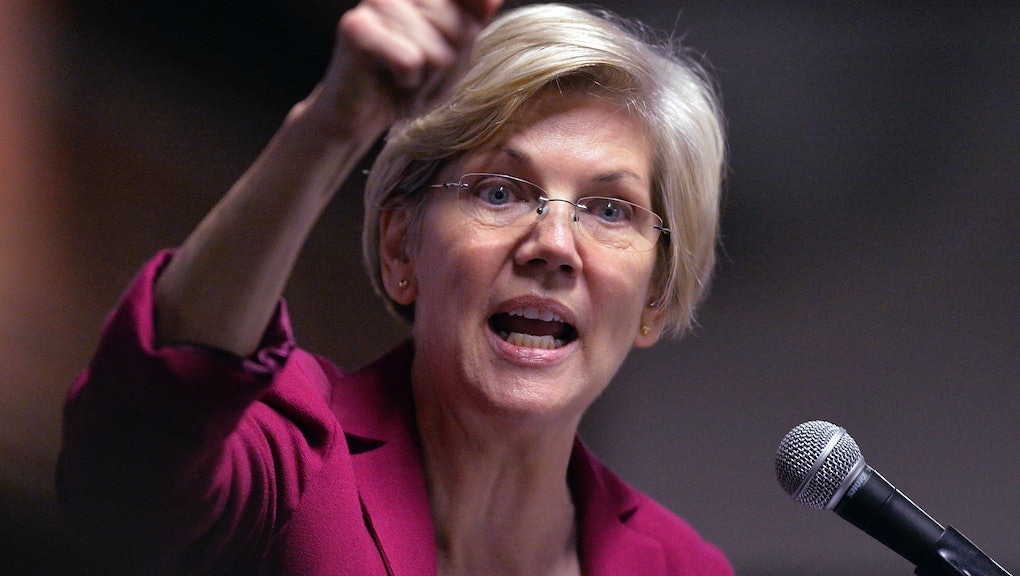 Jamie Dimon, the billionaire chairman and CEO of JPMorgan Chase & Co., criticized the Massachusetts Democratic senator Wednesday by questioning her comprehension of the world of finance.

"I don't know if she fully understands the global banking system," Dimon said, according to Bloomberg.

Dimon, who also said he agreed with some of Warren's assessment of risk in the financial sector, set off a bit of a firestorm with his comment, which was widely characterized as "mansplaining."

Warren's response: In an interview Friday with the Huffington Post, Warren shot back.

Warren specialized in regulatory law as a widely esteemed law professor, served as the chairwoman of the congressional oversight panel for the Troubled Asset Relief Program in the aftermath of the 2008 financial crisis, and was the leading advocate for creating the Consumer Financial Protection Bureau. She is easily the most rigorous and credible critic of Wall Street in Washington. That's exactly why bankers fear her — and she struck back at Dimon to make that point clear.

This is not the first time Warren has commented on the haughty and fratty culture that permeates Wall Street, which she believes to be more of an indication of its insularity than its technical prowess.

"The finance guys argue that if you're never in the club, you can't understand it, but I think they have it backward," Warren said in April, according to Politico. "Not being in the club means not drinking the Kool-Aid."