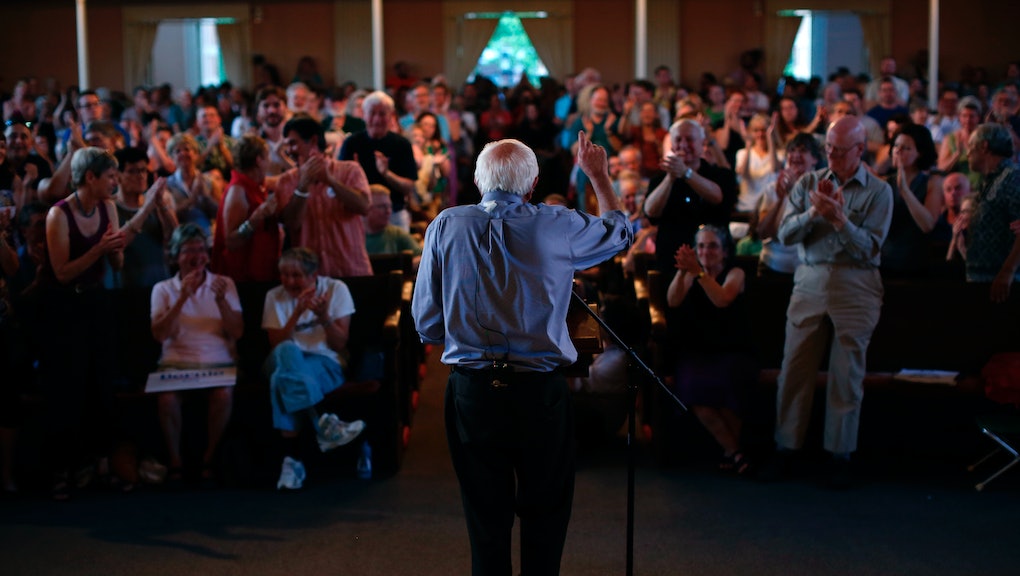 "I think we have gotten over 150,000 individual donations" at an average take of "$40 a piece," Sanders said in an interview on PBS' Charlie Rose. He expects the total haul to reach $10 million by the end of June. Candidates are not required to file official financial disclosure forms until July 15.

Sanders has doubled his donor base and war chest after jumping out to a quick start in the first four days of the campaign, in which his campaign netted $3 million from 75,000 supporters.

Hillary Clinton, who declared her candidacy two months ago, has pulled in $13 million from fundraising events, according to Politico. That figure does not include online donations, and doesn't account for the cash being swept up by her affiliated super PAC, Priorities USA, which can accept unlimited contributions from wealthy donors.

The question of big money: On Thursday, Sanders again cast his campaign in opposition to what he routinely describes as the scourge of big, unaccountable money in the electoral process.

"The question is, given the Citizens United Supreme Court decision, can any candidate representing the working class, the middle class, who is prepared to take on billionaires — can you win elections?" Sanders asked on Charlie Rose. "Can you win elections or is this country's political system so corrupt that it is only people who hold the big money? That is the profound question."

During an interview early last month, Sanders told CNN's Wolf Blitzer that he considered the increasing influence of the corporate class a "vulgar" development:

Sanders said Thursday that the only way to assure a more "dynamic democracy" was to wipe out Citizens United with a constitutional amendment and require candidates to bankroll their campaigns with heavily regulated public funds.

With that kind of reform a long way off, the underdog will continue to lean on small donors as he seeks to raise upwards of $50 million during the primary season, a lofty goal even if Clinton is all but guaranteed to exceed it by a considerable margin. At this point, Sanders' desire to court lower-level contributors online is as much a financial necessity as a political play — each donation arriving as a dash of fuel on his slow-growing populist fire.