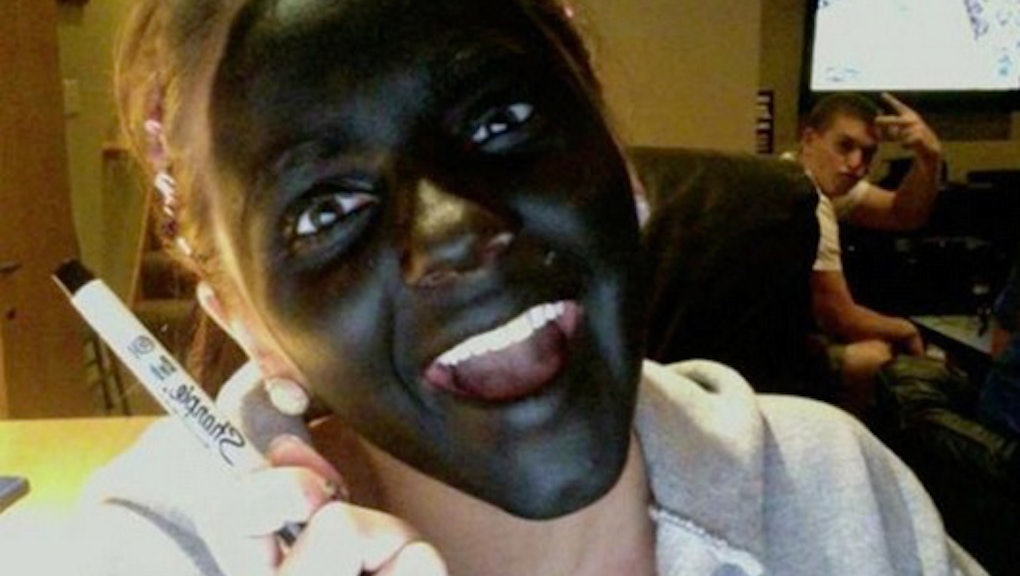 After Rachel Dolezal, Conservative Trolls Are Having a Field Day With 'Transracial'

After Spokane, Washington, NAACP leader Rachel Dolezal was outed as Caucasian after years of allegedly posing as a black woman, the Internet gathered its pitchforks. One target, besides Dolezal: the terms "transethnic" and "transracial."

These words are commonly and legitimately used to describe families with adopted children of other ethnicities. But on the Internet, they've slowly gained a different meaning, referring instead to a supposed group of people who, for example, identify as African-American but are actually white.

There's one problem: This group doesn't really exist. There may be white people who identify as other races, but they're not going around Tumblr whining about how people judge them for being "transracial" or "transethnic."

The current form of "transethnic" blanketing social media has largely been popularized by Tumblr trolls. In 2012, a group of teens came clean as the authors behind the Tumblr account Prince-Koyangi, a self-described "autistic pangender asexual demiromantic trans-asian cat." According to the Observer, the teens created Prince-Koyangi as a satire of the online social justice movement. (Progressive activists are often derided as "social justice warriors.") The Tumblr hoaxsters used the #transethnic tag ironically to criticize groups like otherkin, or people who identify as nonhuman.

Consider the following. You have created a community in which someone can claim to be an autistic pangender asexual demiromantic trans-Asian cat otherkin and not be immediately denounced as a troll. Whether you think these identities are valid or not, you find it plausible that someone would believe they are a Korean cat with autism and appropriate social justice terminology to defend that belief. What does that say about the state of your community? ...I find it so utterly absurd that a movement whose original purpose was to defend the rights of POC, trans* individuals, and other oppressed groups has been co-opted by people who believe they are dragons. ... It's also incredibly offensive. I think what happened is that the [social justice] movement's message of acceptance was somehow generalized to mean that if you don't accept everything, you are a bigot.

That sentiment is fairly common on Tumblr. "You don't know the type of oppression I face as an obese Korean tabby cat with only three legs," one user joked.

Conservatives are also latching on to "transracial" and "transethnic" to belittle Caitlyn Jenner, comparing her identity as a trans woman to Dolezal's masquerade.

Trolls quickly followed suit, filling Tumblr with posts supposedly defending Dolezal. They essentially turned the discussion into a parody of political correctness, using the #socialjustice hashtag to advance bogus claims that blackface and general racism are justifiable because in our modern era of progressive politics, when a person born male can identify as female, white people can just as easily identify as black.

These are, for better or worse, the moments Internet trolls wait for: trends to ride, opportunities to create controversy and excuses to offend the easily offended. Go to any social media feed and plug in either "transethnic" or "transracial." You'll find a boiling conversation of supposedly real outrage and anti-social-justice trolls "coming out" in support of a belief system with no basis in reality. It happened with Prince-Koyangi, and it's happening now. The Internet's been had.